A firm Novelicious favourite for many years, Sophie Kinsella is the author of the bestselling Shopaholic series, as well as the novels Can You Keep A Secret?, The Undomestic Goddess, Remember Me? and Twenties Girl. With her new novel, Shopaholic to the Rescue, out tomorrow, Sophie popped in for a chat. 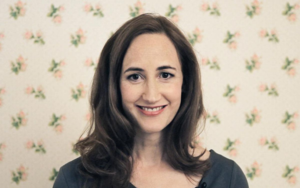 Will you be writing another standalone romantic comedy?

Yes! I’m working on a new standalone right now, and loving it. It’s been great to spend some quality time with Becky, but now it’s time for her to take a back seat and for some new characters to shine.

Would you write a sequel to any of your other novels?

I’ve thought about it, and never say never… but I’m too excited about my new idea right now to think of doing that.

How do you plan a book? How many drafts do you do?

I plan for ages. I scribble notes in notebooks, I make a chart with file cards … I do all kinds of things and it slowly all comes together. Then, as I write, constantly edit, redraft and re-plan. Once I know something needs changing, I have to do it straight away. So by the time I get to the end, I’m usually quite happy with it. I’ll always do a couple of redrafts where I tweak things. Then I get into the editing process, which means another full draft. And lastly, copy-edits. So it’s quite a process!

What are your tools of the trade?

Coffee, music, notebooks, file cards, pens (I always run out, you can never have too many pens), a computer… and cocktails for when I’m stuck and need ‘inspiration’.

After You by Jojo Moyes –  a wonderful sequel dealing with grief and moving on.

The Girls by Lisa Jewell – a very atmospheric and suspenseful novel set in a London communal garden.

The Kind Worth Killing by Peter Swanson – this thriller has so many brilliant twists, I couldn’t put it down. 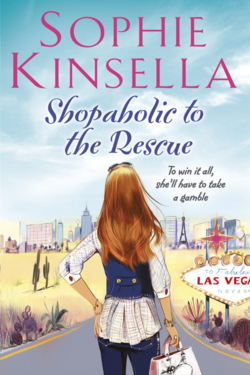 What are your favourite TV shows?

I love witty comedies like Veep and W1A and I’ve been addicted to Bake Off!

How much involvement did you have with the Shopaholic screen adaptation? What did you think of the film?

I wasn’t very involved with the adaptation, but I ended up on set quite a lot, and was able to give input into Becky’s character. I thought it was a great film, very funny and sparky and Isla was hilarious.

What authors did you read as a teenager?

I loved anything by Judy Blume. I also read a novel called Fifteen by Beverly Clearly over and over, until the whole thing nearly disintegrated!

Have you ever been tempted to give a whole novel over to minor characters from any of your books?

There’s an idea…! The Derek Smeath Diaries, maybe? Hmm, maybe not. I have definitely thought about writing a Shopaholic book from Suze’s perspective, although I wouldn’t describe her as a minor character…