Tilly Bagshawe is the bestselling author of ten novels and joins us today to talk about her eleventh, The Show, which sees farm owner Laura Baxter trying to produce a reality show about lively Fittlescombe village and its eccentric residents. 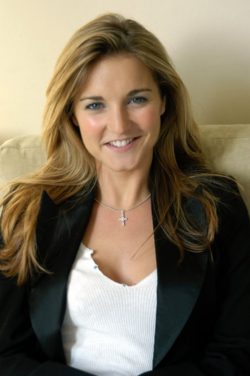 Tell us about The Show.

My new book is the second in my Swell Valley series. It’s about a reality TV show coming to the idyllic village of Fittlescombe and how it affects everybody’s lives. But as with all my books, it’s also about love and intrigue and betrayal, and the unexpected consequences when two very different worlds collide.

Everywhere. For the Sheldon books it’s often stories in the news that get me started. But I often begin with a character idea and that can come from anything, people I meet or a story someone tells at dinner that gives me an idea. With the Swell Valley books I also draw a lot on my childhood village in Sussex and some of the characters I knew there.

I am a morning person, so I get most of my core writing done as soon as the children are on the school bus, starting around 8am. I try to complete a set word count each day. Once that’s done, in the afternoon, I might edit or re-work something, but my brain has pretty much turned to mush by 3pm when I pick the kids up. I never write at night or at weekends. Once you start that, family life goes out of the window, and with four children it’s not really an option.

Oh yes, all the time! But more people I know than famous people. My characters are usually an amalgam of various different people I know, or have met at least, as well as some aspects that I have just made up.

Rivals, by Jilly Cooper. Because it is everything a book should be: gripping, funny, well written and utterly engrossing. The characters and world of that book are still so real to me. I also read it during a difficult time in my own life and the escape it provided was immensely helpful. So I remember it fondly. Cooper is a very under-rated writer in my opinion. I think she is a wonderful social satirist, and a truthful observer of so much that I love about rural English life.

Apart from Jilly, my sister Louise, who encouraged me to start writing in the first place. I also love the female Victorian novelists, especially George Eliot, although I am also a big Bronte fan. Jane Eyre is definitely one of my favourite books of all time, as is The Mill on the Floss.

Oliver Twist – a classic and Dickens is still so readable and relevant. Rivals. And Bill Bryson’s A Brief History of Everything. Bryson is a God. I know you said three, but you should also read anything and everything by David Sedaris.

I plan. I am one of life’s planners. I do sometimes go off-plan – always do to some degree.  But I always start with a brief layout of each chapter and where I am trying to go.

With drafts it really depends. Some books I re-write endlessly, others just flow and I’m done at one.  There is no pattern to that. But shooting for one draft, obviously! 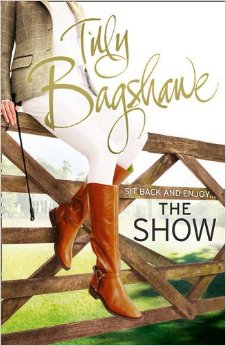 I started writing journalism first, mostly lifestyle pieces for the Sunday Times. I had an idea for my first novel, Adored, and my sister Louise and close friend Tif Loehnis, who was then a literary agent at Janklow & Nesbit, both encouraged me. Once I had written the first draft of Adored, I was lucky enough to have fantastic agents who got a bidding war going between various publishers. To be perfectly honest with you, having a good agent is 90% of having a career as a novelist. There is so much great writing out there. You need an advocate, and I had the very best.

There are quite a few. One is that good work will always find a home/publisher. It won’t. And a lot of really bad work will. That is just life. There is SO much luck involved. Another is that having an idea for a novel is the most important thing. Ideas are ten a penny. You need to start something and finish it. That’s the hard part. I can have an ‘idea’ about winning the Olympic 100 metres. It’s not the same as doing it! I saw a great billboard in LA the other day that read “The secret to writing is writing.” That is very true. Forget writers’ block. Just do it.

See above. My advice is simple. Start it. Finish it. Get the best agent you can. And pray.  And remember, an unpublished book does not equal a bad book. Not at all. Art is worth creating for its own sake and all published writers have had luck on their side.

My 6th Sheldon novel, Reckless. That has been a hard book to write, but I am nearly done now and I think (hope) it has been worth it.