Wendy Holden is a journalist and author with over 30 novels under her belt. Here, she shares a few odd and very comical real-life experiences that have inspired her books, and tells us a little about her latest, Wild & Free, which is published tomorrow. 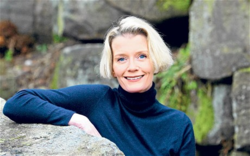 Tell us about Wild & Free.

My new novel is a comedy set at a summer festival. It was inspired by a weekend at one of those aristo-boho-shabby chic festivals that are set in the grounds of stately homes. The ones with pop-up spas and champagne bars and posh yurts in what I recently heard someone inadvertently calling the RIP area.

I’d gone to this festival to write a piece for a newspaper and never in a million years had I expected it to be as funny as it was. There was an ironic flower show where the entries were things like broken pieces of pipe with a few dead flowers sticking out. There was a disco – for dogs. There were champagne bars and cheese boutiques and foraging masterclasses where you paid hundreds of pounds to eat weeds. The festival’s high point was the wild swim on the Sunday morning where scores of scantily-clad Hugos and Jemimas flung themselves into a muddy estuary with mosquitos as big as Messerschmitts. I watched it all with amazement and delight. I knew I had found the perfect subject for my next novel.

Writing Wild & Free has been a delight. The thing about festivals is that they are now so mainstream. They attract people of all ages, so I’ve been able to include characters ranging from teenagers to septuagenarians. One of my favourites is a character called Lady Tamara Wilderbeest, a celebrity socialite who wanders around in a big chief feather headdress, a bikini and Chanel wellies. I think she has legs, as it were, for several novels to come.

Where do you find inspiration for your novels?

I’m very proud of Wild & Free and think it’s my best novel yet. Although I love all my books.

They’re all glamorous comedies with an upmarket spin – a sort of extended autobiography, reflecting my interests and situation at time I’m writing. Bad Heir Day was about life as a castle chatelaine and drew on my many soggy summers on the Scottish West Coast. Pastures Nouveaux was about moving from London to the countryside, where I still live. The Wives of Bath was a comedy about motherhood, a competitive sport I’d had little idea about until I actually had children myself. Filthy Rich returned to the countryside and was about a group of village allotment-holders whose eco-idealism and sense of community hits the buffers after they find buried treasure under their broccoli. And I wrote Gallery Girl, about contemporary art, after I had dipped a toe into that crazy world of gold-sprayed shopping trolleys and heads made of frozen blood during my brief and shining moment as an art collector. You can see my own spoof contemporary art exhibition, done with my husband for the launch party, on my website, wendyholden.net. The novel before Wild & Free was a campus comedy, Gifted & Talented, which drew on some of my experiences at Cambridge.

My average writing day begins very early – about 6 – so I can get bits of admin and so on out of the way before my children wake up. Then comes the school run and after that I’ll work during the school day. I am very easily distracted though and leap up from my chair at the faintest interruption. Is that the postman? Or someone lost and coming down my track? I have to bolt myself to the chair to get the work done!

I did for my first novel, Simply Divine, which was based on my experiences ghost-writing a newspaper column for Tara Palmer-Tomkinson. The Sunday Times’ initial idea was that Tara wrote the column herself and I merely edited it. But I soon ended up writing the whole thing. And while at first I was fed up about this, after the first phone call with Tara, in which she told me how her boyfriend’s helicopter had landed in her parents’ enormous garden and blown all the petals off her mother’s herbaceous borders, I realised I was on to something seriously good.

Where to park your helicopter was only the first life lesson I learnt from Tara. There were many others. Champagne, she believed, made your breath smell. Another maxim was that you should never eat canapés because the ones dropped on the floor get put back on the trays. She had some invaluable advice about air travel. When booking, or getting your assistant to book, you should always bear in mind that in First you make Friends and in Club you make Comrades. But in Economy, you make Enemies. 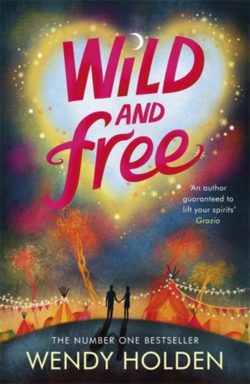 What is your favourite women’s fiction book of all time and why?

Difficult to single out a favourite. I love a big fat nineteenth-century romantic saga, like Tolstoy’s Anna Karenina. Or the passionate struggle of Charlotte Bronte’s Jane Eyre. But the one I love most is F Scott Fitzgerald’s The Great Gatsby. It’s so glamorous, tragic and perfectly plotted, and the writing is beautiful.

British female writers are the funniest and best in the world. There’s the bittersweet humour of Nancy Mitford’s Love In A Cold Climate, the comic rural pastiche of Stella Gibbons’ Cold Comfort Farm, the observational brilliance of Sue Townsend’s Adrian Mole novels; Richmal Crompton’s wonderful Just William series and of course the genius Jilly Cooper, who inspired me to be a writer in the first place. We have a fabulous tradition of funny writing in these islands and I like to think I’m following in it!

Peter Pan by JM Barrie; the saddest book in the world; Brideshead Revisited by Evelyn Waugh, one of the most beautiful books ever written and The Serial by Cyra MacFadden. It’s the hilarious story of hipster life in seventies California and is about the funniest book I have ever read in my life.

I once read an autobiography of Enid Blyton in which she said that her writing method  was simply to sit in her garden and close her eyes and her characters would all appear behind her eyelids as if on a cinema screen. All she then had to do was write down what they did. Fool that I was, I believed this. I now know that there’s a lot more to it than that! My method is to get the idea for the setting and then start to think about the characters. There’s usually a central incident that forms the nucleus of the plot and it all goes from there. I do about four drafts.

I had wanted to become a writer for a long time but was fatally hampered by having nothing whatsoever to write about. Once I ‘became’ Tara however, there was no stopping me. My first novel, Simply Divine, concerned the adventures of the lowly newspaper hack whose job it is to ghost the column of a celebrity socialite. But writing it was tricky given newspaper hours. And so, hanging up the Palmer-Tomkinson Jimmy Choos, I moved from the Sunday Times to be deputy editor of Tatler magazine.

Here I found more wonderful material. My assistant on the Tatler features desk grew up in an enormous stately home and had driven to her wedding in the ancestral coach complete with postilions and nodding ostrich plumes. But generally my new colleagues were a histrionic lot. They ate little but rice cakes and were constantly on edge, always rushing out in floods of tears to the loos, where they were prevented from using the facilities because the basins were full of flowers from admirers. One day the editor called me into her office and asked me if I knew the difference between upper and lower class legs. The upper class leg, she said, extending a lanky lower limb, is thin and long and the knee joint is equidistant between the hipbone and ankle bones. While the lower-class leg is generally thicker and shorter, with a long thigh and a short calf. You can be sure that that particular pearl of wisdom went straight into my ever-growing book!

That it’s glamorous! Most of the time you’re sitting at a desk on your own. In the winter I dress as if I’m about to climb a mountain; thick socks, thermals, fingerless gloves and three layers of jumpers

Just do it! Start today!

The follow-up to Wild & Free. It’s another comedy, and I’ve picked another setting I’m interested in, but which no-one else has written about. It’s a stately home, but not in the Downton Abbey sense. Rather, as the way they are now, run as businesses with farm shops, events and PR departments, holiday cottages, pubs and the big house itself in the middle with lots of tourists going round it. My heroine works in the weddings department and the hero is one of the gardeners.