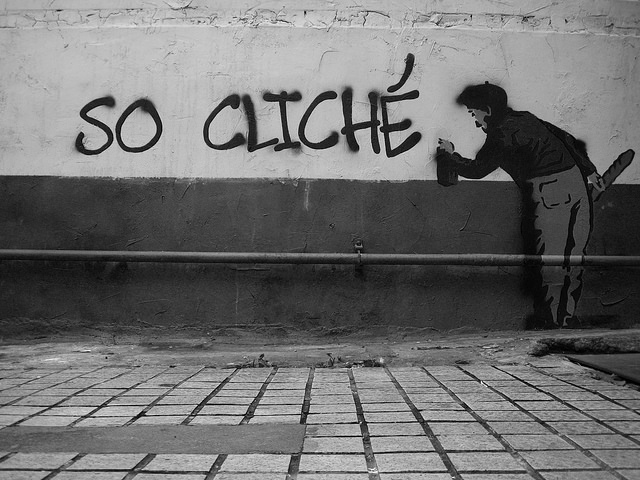 Clichés began as new, brilliant ideas, phrases, and plot twists. A lot of writers liked the idea so much that they either unconsciously (or, in some cases, consciously) used them in their stories. Their number grew so large that what was considered new and incredible less than ten years ago is a cliché today. However, we’re not going to dwell on the makings of clichés. We will point our fingers to the most popular ones, instead. It‘s easy to slip a cliché into your writing and be convinced you came up with it, which is why you need to be aware of the five clichés we’ve gathered below.

The doomsday device plot revolves around a hero that has been burdened to save the world from a device that has the power (magical or scientific) to destroy the whole world. That might have been exciting the first time it happened, but today, it happens so much that readers are not surprised. And when they’re not surprised, they are not entertained. Why not tone it down a little, and make the device powerful enough to destroy a town?

Maybe Hogwarts wasn’t the first magical boarding school, but it sure made them popular. Today, many young adult fantasy books occur in boarding schools – be it magical boarding schools, or non magical ones, where the magic is hidden. Another cliché revolving around the setting is the magical town. The protagonist moves from a big city to a small town, and what do you know, the town has a hidden population of vampires, werewolves, or faeries or other magical creatures. It’s as if big cities simply don’t have magic, and small towns offer a better opportunity for the magical community to hide. This cliché is not only overdone, it doesn’t make sense. How is it better to hide in a small town where everybody knows everybody, instead of hiding in a big city where you can disappear into the crowd?

And the opposites are the good girl (who is often a Mary Sue) and the bad boy, or antihero. The antihero doesn’t care about anybody until he meets the Mary Sue and suddenly, just because she’s pretty, clumsy, and has big, big eyes, he wants to have constant, nightly heart to heart conversations where he reveals his soul to her. He is just misunderstood, you see, or he must never show weakness because no one would respect him, or be loyal to him, etc. Oh, and do not forget that he was also a womanizer before he met her, but now, he only wants to be with her and has eyes only for her.

This cliché happens quite often in romance novels that have sequels that have the hero and heroine of the first book as protagonists. They have a fight, they separate, and it seems that everything that happened in the first book has been rendered as redundant. Or, they are taking a break from each other, because their life together isn’t what they imagined to be. Of course, maybe the hero will panic and cheat, maybe the heroine will, it doesn’t matter. The story is always the same. They fight, they separate, they miss each other, and they come back together in the end. Rendering both the separation, and quite often, the first book where they got their happily ever after ending, redundant.

We all have problems, and so do the characters we create in our writing. In fact, the more problems the characters have, the more inner demons, flaws and inner turmoil, the better. Is it true that the characters’ parents have influenced some of these inner problems? Of course they have. But, not every parent will be the overly strict parent that will push the protagonist to study harder, practice magic better. No, they would not pressure their children without a solid reason. If you need the parents to be that way just because your plot or characterization requires it, then you must give a solid reason why. Otherwise, it’s a cliché. Sure, most parents want the best for their children, but that often involves the children being happy with what they do.

Image credit: Louis Bavent on flickr and reproduced under Creative Commons 2.0[author] [author_image timthumb=’on’]https://writingtipsoasis.com/wp-content/uploads/2014/12/photo.jpg[/author_image] [author_info]Georgina Roy wants to live in a world filled with magic.
As an art student, she’s moonlighting as a writer and is content to fill notebooks and sketchbooks with magical creatures and amazing new worlds. When she is not at school, or scribbling away in a notebook, you can usually find her curled up, reading a good urban fantasy novel, or writing on her laptop, trying to create her own.
[/author_info] [/author]