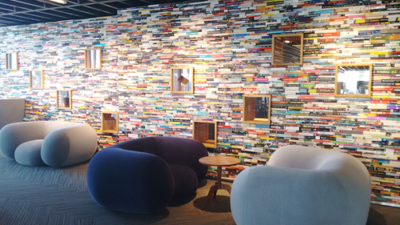 Arriving at the HarperCollins offices smack-down in front of the Shard, I was mightily impressed by the stunning view from the building over London. We picked up drinks from the bar (Baileys in my case, yum), bagged our front row seats to the event and spent some time strolling along the premises; spotting famous landmarks as the sun went down over the city and admiring the HarperCollins book wall (yes, they have an actually wall made out of books!). I've been wanting to work in book publishing for ages and having seen the amazing new HarperCollins offices I now really want to work for them (if you have sway with the Harper hiring team please get in touch!).

Of course we weren't there to admire the view (though it was a big bonus!), instead the room of book lovers had assembled to listen to the brilliant authors present. The event was hosted by Fabulous Magazine's Claire Frost and she asked the panel some fantastic questions that led to interesting and often hilarious answers. 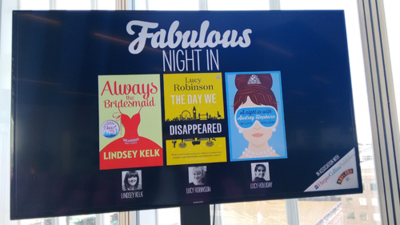 Some insights we took away from the night were that Lindsey Kelk used to ghostwrite and she has even written a teen medieval novel! I'm not entirely sure how the conversation then steered to the classic werewolves and vampires in YA fiction, but she admitted that Nick from her About a Girl series is actually a werewolf. Gasp! (spoiler alert: this may not actually be true.)

The authors also touched upon what the best and worst things are about being an author. Lucy Robinson said that she loved the 30 second commute to work, making up people she loves and have people actually read your work – and sometimes even be really touched by it. Lucy Holliday added that the worst thing about being a writer is "the abyss of terror", which the other two authors wholeheartedly agreed with. Lindsey Kelk also said that the editing process was like "getting your homework back in the worst possible way". Ouch. 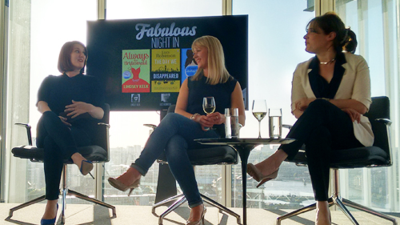 They spoke about their writing habits, which vary hugely. Lindsey Kelk basically knuckles down for two months of stress and tears and little preparation beforehand, and she has an amazing (my word, not hers) book by the end of it. Lucy Robinson on the other hands spends months carefully planning her story, which she finds makes it a lot easier when she actually gets to writing it from start to finish. Those of you who have read her latest novel, The Day We Disappeared, will know that this way of working was necessary for that book to come together as it did – as it was a really intricately woven story that worked on so many levels.

Very excitingly, Lucy Robinson revealed that she is plotting a book that she would love to write with Lindsey Kelk. Clearly this needs to happen right now! 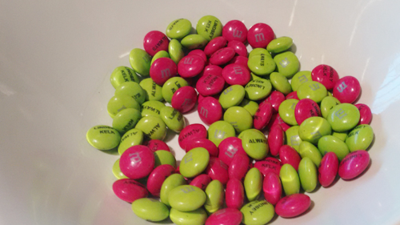 Finally, the three authors were asked who they would love to have a fabulous night in with themselves. Lindsey Kelk suggested Taylor Swift, Emma Stone and Jennifer Lawrence. Or, she loves spending time with her mates too. Lucy Robinson said she'd love to spend it with the favourite characters from her books, which I thought was such a neat idea (and I've totally bagged my seat next to Jan Borsos from The Unfinished Symphony of You and Me already!). And Lucy Holliday answered Daniel Craig. And Denzel Washington. And George Clooney. Hear, hear! 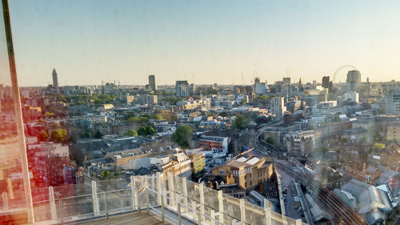 After the panel it was time to get our books signed (for which the queue snaked all around the room, the authors were very popular), which was good fun and Lindsey Kelk even had a bowl M&Ms on her desk with her name on it and the title of her latest book, Always the Bridesmaid (I totally snagged one and may or may not have accidentally propelled it in her direction – subtle!).

This was an evening befitting its name; fabulous! I hope HarperCollins and Fabulous Magazine will be hosting similar bookish events in the future, as I'll definitely be keen to listen to other inspiring authors in this gorgeous setting (while enjoying a glass of Baileys).