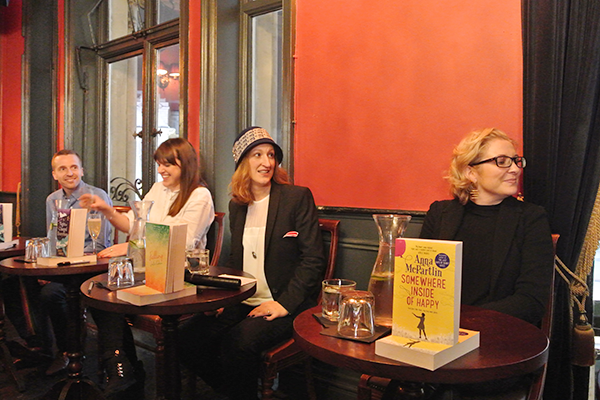 Transworld celebrated their women’s fiction rising stars at a special event in central London this week, at an evening filled with bookish chinwag, food and drink, and an inspirational Q&A with the guests of honour.

The authors whose work we celebrated included Julie Cohen (Fallen), Anna McPartlin (Somewhere Inside of Happy), Cathy Bramley (The Plumberry School of Comfort Food), and Laura Tait and Jimmy Rice (The Night That Changed Everything) – and what a wonderful and insightful bunch of writers they are. I’d already read (and loved) half of the authors’ work before the event and left having fallen in love with the other authors too (and picking up their respective novels!) as they were amazing to listen to, and their insights into their novels and writing process really sold the books to me. 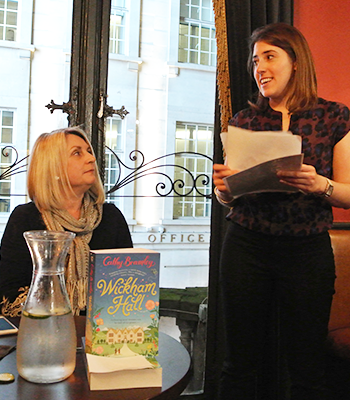 There were many interesting (sometimes hilarious, other times sad) discussions during the Q&A and one of the most memorable to me was when the conversation steered towards the term women’s fiction and the stereotype that accompanies this genre of books. From Jimmy – as the sole male member on the panel – saying that when the novels he and Laura writes were labelled as such he felt rebellious, which sprouted the idea for their latest work which rather than a love story is actually a break up story (cue Anna paraphrasing: “Screw women’s fiction!”), and Julie adding that "Women's fiction is often seen as light-hearted, but it actually has life lessons in it. The best women’s fiction teaches us something." Hear, hear, Julie!

The novels from all of the authors present actually sounded pretty depressing and challenging when described in a few lines (though Laura and Jimmy’s editor quipped that they’re a lot less depressing after the first draft!) and include hardships such as the loss of a child or friend. While there is also lot of comfort to be found within the pages of the authors’ novels, they’re anything but light-hearted fare.

Cathy explained: “There is something sad in everyone’s lives that makes them the people they are”, and she continued on to say that on the surface people might lead amazing and always happy lives but that isn’t the case. Anna said that there was a scene she had to add in and after writing it she was crying for two hours herself. Julie added: "Doesn't it suck that when [writing a sad scene] hurts the most, the editors like it the best?" She joked “If you want to be an editor, you have to be a sadist”.

Funny anecdotes from the evening I wanted to share (and were mostly courtesy of Jimmy) were that the hilarious cat scene with the character of Russ in The Night That Changed Everything may or may not be based on true events (spoiler alert: it is); Jimmy’s mum said to him that she wished that Alex (from their first book) was her son not knowing that Jimmy actually based the character on himself; Laura’s peak time of writing is the day after the deadline (while Jimmy prefers four weeks earlier); and he also joked that Laura is lazy because she reused a character from their first novel in their new one. Another moment that really made me laugh was when Anna said that Irish people love misery and the anecdotes she shared of how she’s always asked about sad parts in her life in interviews really back this up! 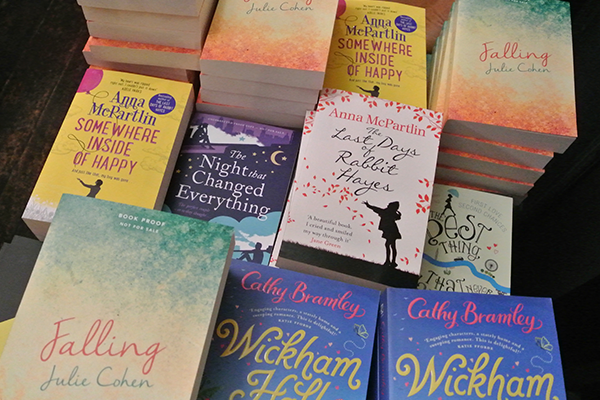 Other interesting titbits from the Q&A included that Julie wrote the storylines of the three POVs in her new novel all the way through first before intertwining their stories, Cathy was inspired by the cliffhangers of Broadchurch to write a serial that leaves questions hanging at the end of each part, the worst part of writing as a duo (Laura and Jimmy) is being asked in every interview if they’re a couple (they’re not), and the closest Anna has ever come to writing a character that’s like herself is Dave from her first novel (especially the bits where he just went a little bit too far with the things he said). 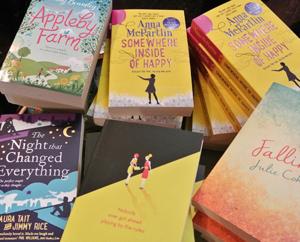 In all it was an ace night and I felt very privileged that I had the opportunity to chat to some of the authors present and many of the lovely Transworld team as well. I left not only with a head full of inspiration but also with a stack of gorgeous new reads to dive into (even though I promised myself to only pick up one or maybe two novels as my TBR is way out of control already) but also a beautiful Penguin mug. I cannot thank the Transworld team and authors enough for hosting such a fantastic event. Thanks, guys!