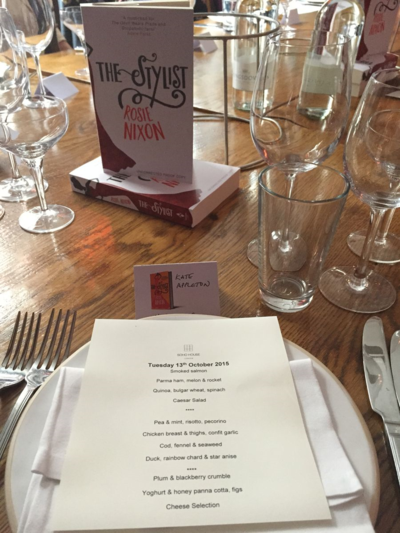 I happily accepted the invitation to be the Novelicious representative at this lovely lunchtime event. (Not only because I was keen to step inside Soho House and see what secrets and creative types were hidden inside.)

Once I had missioned along Shaftesbury Avenue – not for the faint-hearted – and divined which of the doors would let me into the ‘house’ I was wafted through to the red room – I believe chosen purposefully because of the notable red gown both on the front cover of Rosie Nixon's debut novel, The Stylist, and a running theme through the narrative.

Introduced to the lovely ladies from Midas PR and Harlequin, who promptly popped a glass of Prosecco in my hand, I felt like a member of an elite inner circle – although my hair was more frizzy than glossy. Rosie arrived soon after and was glowing in a beautiful floral dress with her infectious megawatt smile; she was also on the cusp of giving birth, thankfully an event which did not take place during lunch! 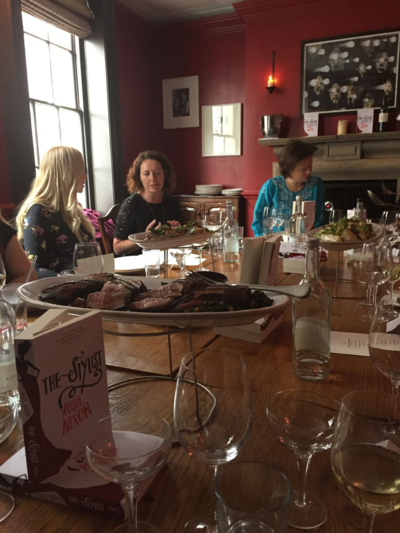 The lunch was a variety of mixed platters for starter, main and dessert and all delicious – especially the parma ham and melon salad, duck with rainbow chard and star anise, and the yogurt and honey panna cotta with figs. Amusing food deliveries consisted of a giant bowl of chips, which were devoured and cancelled any illusion that women just want superfoods, and the blackberry crumble, which came in one giant sizzling bowl as if it was to represented to a giant with a ladle as a spoon.

Of course drinks were accompanied throughout – white or red wine – as ladies who do lunch do drink.

Working in book PR myself it was a bit of a double whammy when I got to learn about how the media works at the various places from magazine editor Rosie: Glamour, Lorraine and Yours magazine for example. 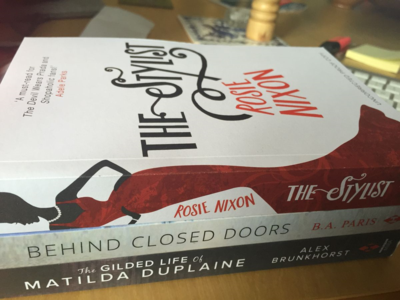 I also had some really interesting conversations both about The Stylist, Rosie’s debut novel, and other upcoming books Team Harlequin are working on and looking forward to reading. Happily I learned about a book being worked on that has been penned by the writer of Death in Paradise – a cosy murder mystery set in the Caribbean – watch it, you’ll love it! As well as another book with Harlequin that’s in production by one of our own Novelicious team members (editor Kerry!).

A really lovely lunch, which went on until around 3pm! Rosie was and is quite obviously excited about her debut book and the conversation both with her and the other creative women was interesting and extremely entertaining. Thanks to all for having me.

The Stylist by Rosie Nixon will be out in February 2016.