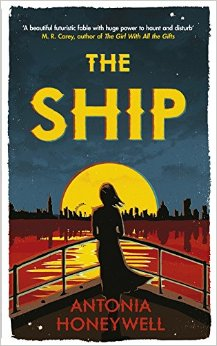 Books are fabulous. We all know that, right? And there are new ones being published all the time – a never-ending stream of fabulousness, if you will. Hop on to Twitter, to Facebook, to Instagram, and chances are you'll see what someone has just read, what's being released now and what's coming up in the next few weeks. There is a palpable buzz all the time and it's brilliant to discover new authors, new genres, new titles.

I often scroll through my Twitter feed just to see what everyone is reading. I already talk about what authors recommend on Twitter. But what else is being talked about by the other people I follow?

This, my fellow book nerds, is just a very small selection.

2. The Hourglass Factory by Lucy Ribchester – I first heard about this book when I saw a tweet linking to the Guardian's Book page: The Top Ten Books About the Suffragettes. Ooh, I thought, and I took a look. The piece was by Lucy Ribchester, whose debut novel is a thriller about suffragettes, circuses and The Edwardians. Check out her fascinating pinterest board.

3. Three Amazing Things about You by Jill Mansell – On the eve of Jill's most recent novel being published, Jill tweeted: "I'm more excited about this one than I've ever been before. It's my favourite." And her excitement was contagious. Her @ reply feed on Twitter is filled with people saying how much they enjoyed this book. It follows Hallie, who runs a website called Three Things About You. Hallie is secretly in love, but she also has an illness. And time is running out.

4. A Batch Made in Heaven by Kate Harrison – Kate Harrison has been busy over the last few years with her books on the 5:2 Diet. A Batch Made in Heaven is her first novel in quite a while so there is a lot of excitement about it on Twitter. Becca believes there is a particular formula for love. This formula has established her as a successful match-maker. She sets Adam, a craft baker, up with one of her most awkward clients creating chaos – making her question whether she actually knows anything about creating a perfect match.

5. Vigilante by Shelley Harris – A little bit tired, a little bit fed up with the daily grind, Jenny stumbles into a vigilante rescue and her life suddenly becomes exciting. Light-hearted at times, dark at others, there has been a great buzz about this – thanks, quite possibly, to this article in The Independent, where Shelley herself dresses up as a superhero.

What books have you heard the most buzz about this month?