Whatever your reading tastes, as the nights draw in and Halloween approaches, it’s hard to resist the lure of a good ghost story or thriller. From crumbling old houses and creepy cemeteries to mysterious high school happenings, here’s our pick of chilling tales by talented women writers, which are perfect to pick up during these long October nights. 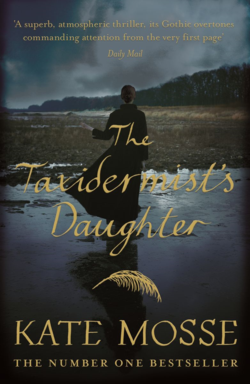 1. The Taxidermist’s Daughter by Kate Mosse – One of the Richard & Judy Book Club picks this season, the new novel from Labyrinth author Kate Mosse opens in a Sussex churchyard in 1912. Villagers gather on the night when the ghosts of those who will not survive the coming year are thought to walk. But in the shadows, a woman lies dead.

2. The Little Stranger by Sarah Waters – Set in a crumbling old mansion in England after the Second World War, a doctor tends to a once-important family during the class system decline. But are the Ayreses haunted by something more sinister than a dying way of life?

3. White is for Witching by Helen Oyeyemi – A quirky and fascinating tale, White is for Witching tells a ghost story from the perspective of a house. Forcing apples to grow in winter and revealing and concealing secret floors, the said house is fiercely possessive of its young inhabitant Miranda, who has just lost her mother.

4. The Woman in Black by Susan Hill – Wreathed in fog and mystery, Eel Marsh House has haunted readers for decades. Arthur Kipps, a junior solicitor, is summoned to attend the funeral Mrs Alice Drablow, the house's sole inhabitant, but it is not until he glimpses a wasted young woman, dressed all in black, at the funeral, that a creeping sense of unease begins to take hold.

5. Conversion by Katherine Howe – When girls start to come down with an inexplicable ailment at a Massachusetts high school, their story alternates with scenes from the years preceding the Salem Witch Trials.

6. The Shining Girls by Lauren Beukes – Harper stalks his shining girls through the years – and cuts the spark out of them. But what if the one that got away came back for him? 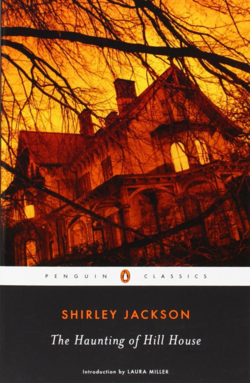 7. The Haunting of Hill House by Shirley Jackson – When The New Yorker ran a story from Shirley Jackson called The Lottery in 1948, hundreds of people wrote in to cancel their subscriptions. She’s that good. The Haunting of Hill House inspired writers such as Stephen King and Neil Gaiman, while Donna Tartt said the novel is “among the most terrifying ever written”. Not for the faint of heart. Don’t say we didn’t warn you.

8. And Then There Were None by Agatha Christie – Ten strangers, apparently with little in common, are lured to an island mansion off the coast of Devon by the mysterious U.N.Owen. Over dinner, a record begins to play, and the voice of an unseen host accuses each person of hiding a guilty secret. That evening, former reckless driver Tony Marston is found murdered by a deadly dose of cyanide.

9. Fever by Megan Abbott – When first Lise then Gabby falls prey to a mysterious illness, hysteria sweeps their school and, as more girls succumb, Deenie finds herself an outsider, baffled by the terrifying illness and scared that it could all be because of something she has done.

10. Dark Places by Gillian Flynn – Libby Day was just seven years old when her older brother massacred her family while she hid in a cupboard. Her evidence helped put him away. But does she know the truth about what happened that night? When she’s approached by a group of true-crime obsessives with new evidence,  Libby must delve into her family's past to uncover the truth – no matter how painful.