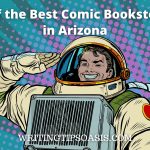 At Writing Tips Oasis, we’ve featured stores that sell comics in various states across the US. In this post, you can find 10 of the best comic bookstores in Arizona.   1. Ash Avenue Comics & Books Located in Tempe, Ash Avenue Comics & Books is an independent store that’s been serving the local area since 2003. This team strives to offer friendly and … END_OF_DOCUMENT_TOKEN_TO_BE_REPLACED 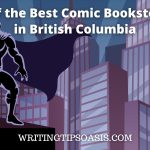 If you’re struggling to find a selection of the best comic bookstores in British Columbia, we’ve put together a list of 10 for you in this post. Continue reading to find out about them.   1. Metropolis Comics and Toys Located in Burnaby, Metropolis Comics and Toys is a store dedicated to pop culture and comic books. This independent store serves the southwestern area … END_OF_DOCUMENT_TOKEN_TO_BE_REPLACED 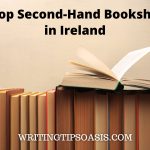 There are some lovely second-hand bookshops in Ireland. Learn about 10 of them by reading through the selection below.   1. Chapters Bookstore Willie Kinsella is the founder of the original Chapters Bookstore, an expansive bookshop that has been active for over 40 years since 1982. The shop offers generous trade-in prices and is an excellent place for book club … END_OF_DOCUMENT_TOKEN_TO_BE_REPLACED 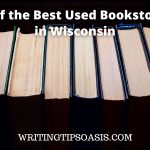 Why buy second-hand books online from big retailers, when you can visit a local used bookstore? Continue reading to learn about 10 of the best used bookstores in Wisconsin. A few featured below also stock new books in addition to used ones.   1. Voyageur Book Shop Voyageur Book Shop was first opened in 2016 in Milwaukee and serves the Five Points region and beyond. … END_OF_DOCUMENT_TOKEN_TO_BE_REPLACED 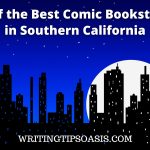