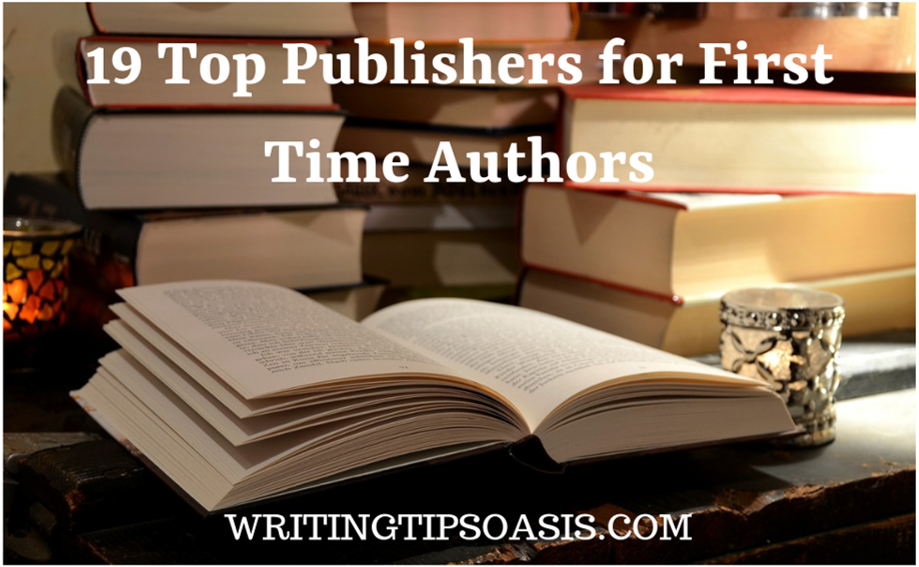 Have you just written your first book?

Take a deep breath because you’re one step closer to get your book published.

And don’t think publishing houses won’t be interested in your book because it is your first one.

Todd Bottorff is the current president of Turner Publishing, which has been around for almost 40 years. Located in Nashville, Tennessee, since its inception, it’s one of the biggest and most revered indie names in the US book industry. In fact, its titles are available in more than 55 countries.

Turner Publishing has multiple imprints like Hunter House, Ramsey & Todd, and Keylight Books. Together, these produce both fiction and nonfiction books for readers of all ages. Two of its recent commercial hits are Valerie Rice’s cookbook Lush Life and Kim Hooper’s psychological novel No Hiding in Boise.

Interested first-time authors are more than welcome to email their manuscripts to Turner Publishing.

Starting as a magazine in 1999, Tin House expanded its horizons in the industry and served as a humble Bloomsbury imprint. Six years after its founding, the company became independent. Now, it operates in Portland, Oregon, and releases a few dozen titles annually.

Tin House is dedicated to supporting art in its varied forms. Apart from well-reviewed workshops and seminars, it has a huge book catalog ranging from poetry collections and literary nonfiction to fiction. This includes Elisha Washuta’s acclaimed essay collection White Magic and Khadijah Queen’s Anodyne.

This indie publisher is specifically looking for unagented writers who don’t have published titles. Check the submissions page for the dates of their two-day submission windows that occur three times a year. 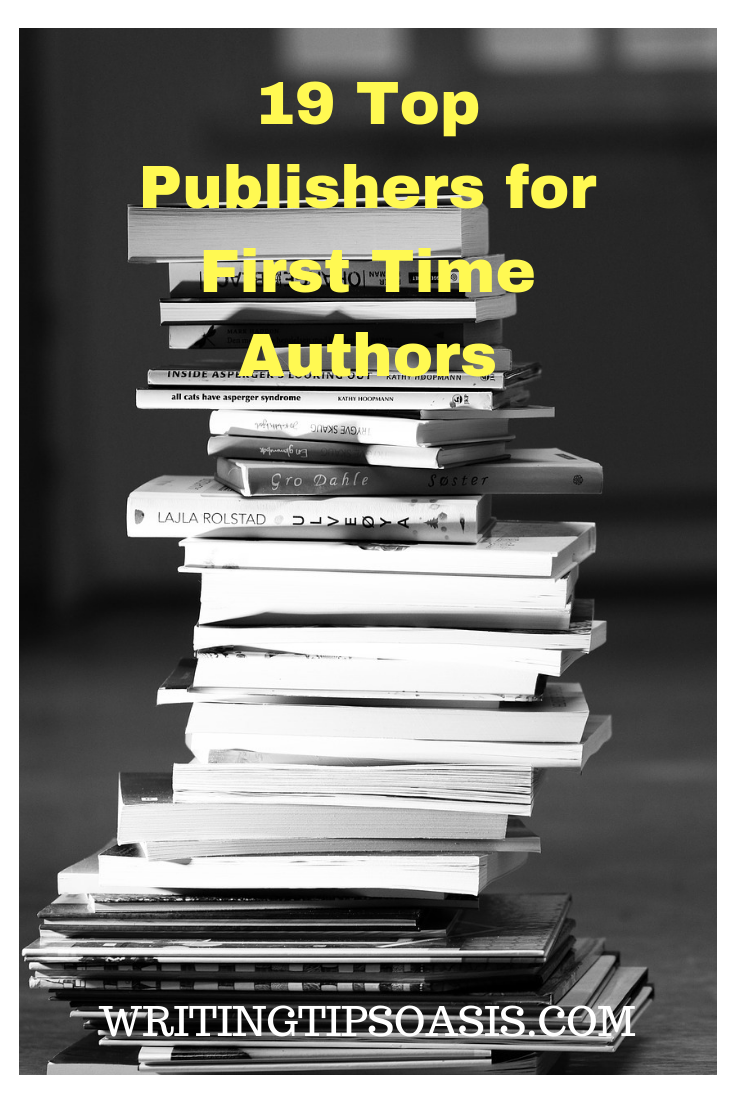 For over three decades, Epicenter Press has become a significant source of nonfiction writing on Alaska and the surrounding region. Originally located in Fairbanks, Alaska, it’s now headquartered in Kenmore, Washington, and has imprints like Fanny Press and Coffeetown Press.

While the majority of its catalog is nonfiction— including biographies, history books, and true crime— Epicenter Press also has some noteworthy fiction. In particular, the publisher has mystery novels like Janet L. Smith’s A Vintage Murder and Don Stuart’s Final Adjournment.

Epicenter Press accepts submissions from writers and agents alike. As long as it meets the geographical and cultural requirements, your work will be reviewed.

With a global presence and one of the highest standards in scholarly publishing, The MIT Press continues to encourage scientific curiosity and foster societal progress. Founded 60 years ago, it’s headquartered in Cambridge, Massachusetts, and promises to be a more inclusive and diverse publisher.

The MIT Press publishers nonfiction titles for intellectuals, researchers, and anyone interested in the arts and sciences. Its subjects range from humanities and information science to social science, game studies, and design.

Recently, the press released Alexander Monea’s The Digital Closet and Chris Salter’s Sensing Machines. If you have a manuscript in mind for The MIT Press, search for the relevant acquisitions editor to contact.

Despite having only been around since 2014, Unnamed Press has already grabbed the attention of media outlets with its stellar titles. Headquartered in Los Angeles, California, its authors have won awards such as the Pulitzer Prize and Man Booker Prize.

As an indie publisher, Unnamed Press represents literary voices that are uncompromising, diverse, and socially conscious. This is why its fiction and nonfiction collection has Meghan Tifft’s gothic fiction From Hell to Breakfast and Kristine Ong Muslim’s sci-fi set Age of Blight.

If you’ve gone through the catalog and believe that your book fits in terms of genre and themes, send your query online.

Since 1967, Chronicle Books has been one of the leading indie publishers in San Francisco, California. With a multi-level office, it doesn’t have problems handling everything from production to sales and editing — all while developing a working environment that’s safe and inviting to people of different backgrounds.

Chronicle Books’ adult selection focuses on nonfiction categories like entertainment, art, and lifestyle. On the other hand, its children’s catalog boasts both fiction and nonfiction. A couple of the publisher’s best-selling titles are Marilyn Chase’s Everything She Touched and Ralph Steadman’s A Life in Ink.

As of writing, Chronicle Books is open to unsolicited submissions for both children’s books and adult nonfiction.

Originally known as Harpswell Press with a focus on regional titles, this indie business eventually became Tilbury House. Over the decades, it accumulated a sizable number of children’s literature. Today, Tilbury House is a widely respected and commercially successful publisher operating in the town of Thomaston, Maine.

Tilbury House has children’s book series like How Nature Works and Reimagined Masterpieces. Likewise, its adult catalog has acclaimed works like Martha White’s E. B. White on Dogs and Robert Reilly’s Life in Prison.

Similar to Chronicle Books, the company has always been accepting of unagented submissions. You can send manuscripts of children’s nonfiction about science, diversity, and history. For adult books, Tilbury House specifically wants instructional titles and writings about Maine.

Established way back in 1935 in New York, New York, Holiday House is one of the landmark publishers of children’s literature in the world. With such a rich history, the company unfailingly provides both classics and new titles that entertain, inspire, and educate young minds.

Holiday House has one of the largest collections of fiction and nonfiction for kids and teenagers. You can find books about cultural diversity, history, mathematics, and the alphabet. The titles tackle themes such as disability, conservation, gender issues, and civil rights in a way that kids can easily understand.

Publisher Rick Lewis heads Uproar Book, his company that’s dedicated to sci-fi and fantasy. Located in Nashville, Tennessee, it’s only been around since 2018 but has successfully launched titles beyond the US, thanks in part to widely accessible digital releases.

Uproar Books is home to sci-fi and fantasy novels with humorous, thrilling, and Gothic elements. These include J. R. H. Lawless’s The Rude Eye of Rebellion and Jamie Thomas’s Asperfell. Plus, the publisher has the translated version of Yevgeny Zamyatin’s We, the Russian dystopian classic from 1924.

At present, Uproar Books only accepts manuscripts and queries from agented and solicited authors. On the bright side, you can check the submission page at a later date to see if they’ve made changes to their submission window.

The late Peter Workman established the titular independent publishing company in 1968. Over the next decades, it expanded in both its market reach and portfolio size. Today, Workman Publishing operates in New York, New York, under the leadership of Carolan Workman.

With eight imprints (including Timber Press and Artisan Books), the publisher has an extensive collection of titles in fiction, nonfiction, and poetry. You can instantly fight amazing reads about self-help, business, and history — or read YA novels like A. K. Small’s Bright Burning Stars and Olivia Chadha’s Rise of the Red Hand.

While a few imprints are presently closed to unsolicited manuscripts, others are eager for submissions from writers and agents alike. Browse the submissions page to read the different guidelines for imprints like Timber press and The Experiment.

Based in Bellingham, Washington, Blind Eye Books specializes in fiction titles that have a main character from the LGBTQ community. In particular, the publisher is always on the lookout for such stories in sci-fi, romance, mystery, and fantasy genres.

Curt and Linda Matthews launched Chicago Review Press nearly 50 years ago. Instead of chasing literary trends, the indie company from Chicago, Illinois, represents stories with a lasting impact that deserve a larger audience. Today, it has more than a thousand books — with 50 more titles added annually.

Chicago Review Press specializes in outstanding nonfiction. The publisher has many offerings in history, true crime, social science, film, music, and politics, to name a few. Recently, it released Amanda Oliver’s Overdue and Jonathan Mack’s A Stranger Among Saints.

Interested writers should first send a query to the appropriate acquisitions editor prior to submitting a proposal.

Simply known as UC Press, this university press in Oakland, California, pushes for critical thinking, social progress, and knowledge development. Instead of catering only to researchers and scholars, it strives to help both experts and general readers better understand society and the natural world.

Founded in 1893, the University of California Press focuses on nonfiction (and classic fiction). Subjects range from Asian Studies and African Studies to psychology, religion, language, economics, and music. Some great reads include Kenneth Burke’s A Rhetoric of Motives and Sara M. Benson’s The Prison of Democracy.

Writers should visit the resource page for book authors to know more about acquisitions editors and the publishing process in general.

Based in San Francisco, California, Stone Pier Press hopes that society learns to be more environmentally conscious and understanding when it comes to food. Thus, the non-profit publisher specializes in books that teach people about sustainable solutions that individuals and families can practice right at home.

With partners like The Good Food Institute and Center for Food Safety, this non-profit press has titles for adults and kids. Owen Wormser’s beautifully illustrated Lawns Into Meadows is perfect for homeowners while Leslie Crawford’s award-winning Gwen the Rescue Hen is a wonderful read for children.

Stone Pier Press has stopped searching for children’s books, but writers are still free to submit samples of cookbooks, YA fiction, and narrative nonfiction, among others.

Apress is the go-to publisher for readers who want to learn about computer technology. Situated in New York, New York, it currently has more than 3,000 books, all of which are critically evaluated by experts in different technologies.

Whether you’re new to game development and Python or you’re searching for the latest developments in machine learning and enterprise software, Apress has more than enough titles to offer. Professionals particularly like Alex Libby’s Practical Svelte and Valentino Gagliardi’s Decoupled Django.

Check the proposal submission page to get an online form and discover the right acquisitions editor for your book.

Donald A. and Elsie B. Wollheim established this acclaimed publisher of sci-fi and fantasy more than 50 years ago. While it’s now part of Penguin Random House, the New York-based DAW Books maintains its familial roots with the help of its current publishers and owners.

Within the aforementioned genres, DAW Books covers distinct subgenres. These include epic fantasy, contemporary fantasy, crime mystery, urban fantasy, and space operas. Ben Aaronovitch’s Amongst Our Weapons and E. J. Beaton’s The Councillor, for example, are both fantasy titles but are widely different.

DAW Books would love to see more manuscripts from agents and writers in underrepresented groups. You can submit your sci-fi or fantasy project online — and this applies whether you’re in the US or not.

Headquartered in Berkeley, California, Counterpoint Press is a unique company because it originates from three different indie publishers. Established in 2007, it prints fiction, nonfiction, and poetry that break boundaries and offer fresh perspectives.

Unfortunately, it currently only accepts manuscripts from new authors represented by a literary agent. Still, you should open the submissions page again in the future in case they expand their submissions window to include unsolicited manuscripts as well.

Based in Salem, Massachusetts, Page Street Publishing has been around for a decade. More recently, it’s undergone significant organizational change as it hopes to be a more inclusive publisher with diversity in both its workforce and author list. Like Small Beer Press, it utilizes environmentally-conscious materials.

Kids and teenagers will appreciate its exceptional portfolio of picture books and YA novels, respectively. Moreover, Page Street Publishing also has nonfiction titles that cover topics like vegan cooking, baking, humor, and hobbies such as knitting and lettering.

Currently, the publisher is open to submissions from authors of YA fiction, picture books, and nonfiction.

Do you know any other publishers for first time authors? If so, please tell us about them in the comments box below!

K. Z. Kwan is a freelance writer based out of Halifax, Canada.