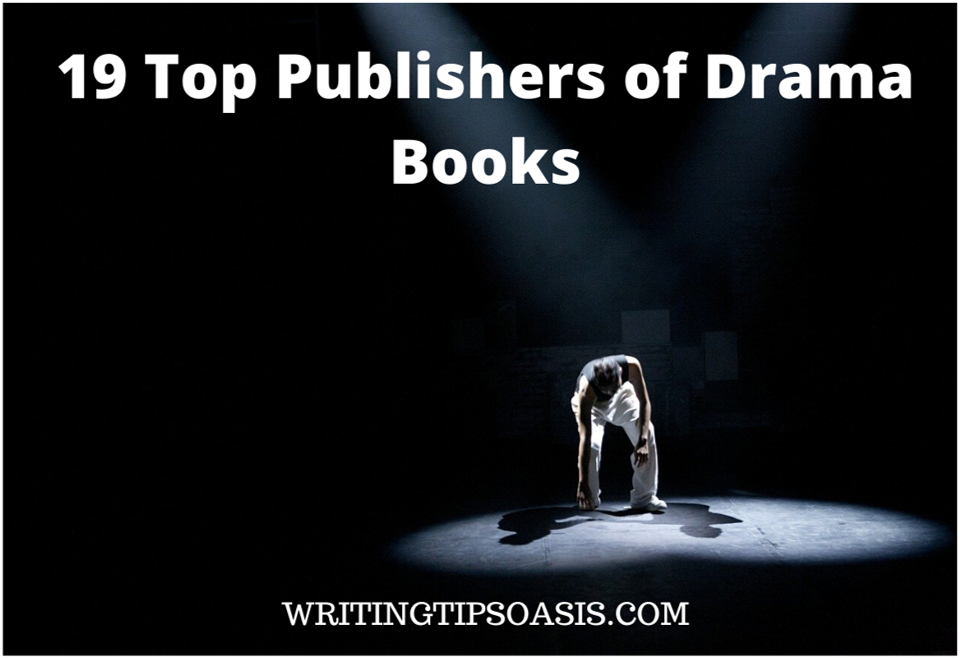 Are you looking for a list of publishers of drama books? Below we’ve featured 19 publishing houses for your convenience.

Established by Peter Mayer in 1971, The Overlook Press is an independent publishing house based in New York City. Mayer started the press with the goal of publishing books often overlooked by larger houses. After Mayer’s passing in 2018, the press was acquired by Abrams Books. The Overlook publishes both fiction and non-fiction books across various categories, including drama, history, biography, design, and more.

The Overlook Press publishes around 100 new titles each year, but at the moment, they are only accepting submissions made through literary agents. Should you have any general questions, you can contact them here.

Applause Books is one of the leading publishers of theater and cinema books in the United States. They primarily publish monologue books, librettos, play scripts, and biographies and autobiographies of theater and film masters. They also publish books on theater, film, drama, music, and television. Their publications include the Best American Short Plays series, the Playbill Broadway Yearbooks, and the Theater World and Screen World annuals.

Applause Books welcomes submissions via email and post, but email submissions are preferred. If you are interested in submitting your work, you can check out their submission guidelines here. For general inquiries and other concerns, you can reach Applause through the contact form on their website. 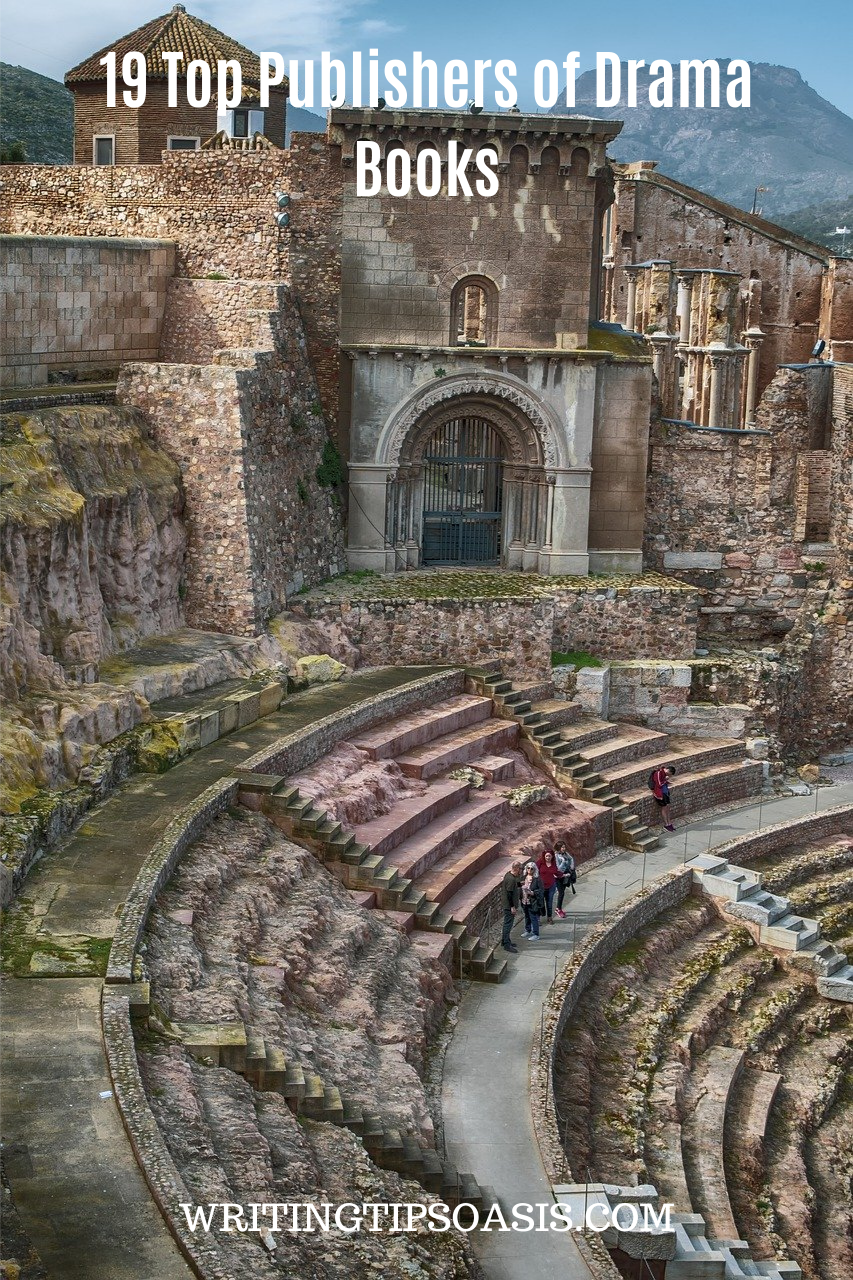 Based in San Francisco, City Lights is a bookstore-publisher that was founded by Lawrence Ferlinghetti in 1953. They became extremely popular among artists during the beat generation, particularly after Ferlinghetti’s arrest and subsequent obscenity trial for publishing Allen Ginsberg’s Howl and Other Poems. City Lights publishes fiction, poetry, and non-fiction on a range subjects, including art, music, cinema, drama, cultural studies, women’s studies, politics, history, and more.

City Lights only publishes a limited number of titles each year, but they do accept unsolicited submissions in the form of book proposals. Should you be interested in submitting, you can check out their submission guidelines here. If you have any additional questions, you can contact City Lights through their online contact form.

Prospective authors may submit their work to Seven Stories Press by post. Make sure you include a cover letter, along with two sample chapters. For more information, you can get in touch with the Seven Stories team via email.

Grove Atlantic is an independent publisher headquartered in New York. The company was officially established in 1993 through the merger between Grove Press and Atlantic Monthly Press. They have several imprints, including Grove Press, Atlantic Monthly Press, Black Cat, and The Mysterious Press, publishing literary fiction, non-fiction, poetry, drama, and translated works. Authors on their list include Jeanette Winterson, Donna Leon, Charles Frazier, Henry Miller, Mark Bowden, and Samuel Beckett, among others.

At the moment, Grove Atlantic only accepts submissions made through literary agents. But if you have any general inquiries, you can get in touch with them through the contact form on their website.

Based in Fort Worth, Autonomous Press is an independent, worker-owned publishing house that specializes in books that challenge norms and wake people up. They publish fiction and non-fiction in all genres, including scholarly works, novels, drama, poetry, memoirs, anthologies, and more. They do not publish works that reinforce oppressive systems like racism, homophobia, or misogyny.

If you would like to submit your work to Autonomous Press, you can check out their submission guidelines here. They welcome both completed manuscripts and book proposals. For any other questions or concerns, you can reach Autonomous Press via email.

Arte Publico Press is a Houston-based publisher that was established during the Hispanic Civil Rights Movement of the 1970s. Since then, they have continued to empower Hispanic authors, publishing fiction, poetry, short stories, drama, and non-fiction on Hispanic culture, history, and rights. Award-winning titles on their list include The Case Runner by Carlos Cisneros, Desert Blood: The Juarez Murders by Alicia Gaspar de Alba, and Desperado: A Mile-High Noir by Manuel Ramos, among others.

Should you be interested in submitting your work to Arte Publico, you can fill out their manuscript submission form. Before submitting, make sure you check out their submission guidelines. You can get in touch with Arte Publico here if you have any additional questions.

Headquartered in Chicago, Dramatic Publishing was founded in 1885 by Charles Sergel, a journalist and theater enthusiast. Since then, the company has been publishing high-quality drama books, full-length plays, one act plays, musicals, monologues, and other theater resources. They are currently open for submissions.

Before you submit your work, check out the submission guidelines listed on their website. Should you have any additional questions or concerns, you can reach the Dramatic Publishing team through their online contact form.

Nick Hern Books is a London-based independent publisher that specializes in theater books, plays, and screenplays. The company was founded in 1988 by Nicholas Hern, former Methuen drama editor. Award-winning titles published by Nick Hern Books include Angels in America by Tony Kushner, Stones in His Pockets by Marie Jones, August: Osage County by Tracy Letts, and Death and the Maiden by Ariel Dorfman.

Nick Hern Books welcomes submissions of plays and theater books. Submissions may be sent via email or post. For more information, take a look at their submission guidelines here. For general inquiries, you can contact Nick Hern Books through their online contact form.

Cambridge University Press is one of the leading publishers of drama books and journals in the world. Their publishing scope spans performance theory, theater history, drama and theater by region, Shakespeare, popular theater, ethnomusicology, and more. They publish books for university libraries, theater enthusiasts, students, and scholars.

If you would like to get your drama book published by Cambridge University Press, start by checking out the submission guidelines on their website. For general inquiries, you can get in touch with them here.

Based in London, Oberon Books is an independent publishing house specializing in drama, theater, and performing arts. In addition to plays, they also have a wide array of titles on theater studies, writing, acting, and dance. They publish an average of 100 new titles each year, and they happily publish plays by new writers.

If you would like to submit your work to Oberon Books, you can do so via email. For plays, include the full script, as well as a synopsis of your play and past production reviews. For theater books, include a summary of your book, table of contents, a sample chapter, and information on your target market. Contact Oberon Books here for general inquiries.

Established in 1986, Bloomsbury is an independent publisher with offices in London, New York, Australia, and India. They are one of the world’s leading publishers of drama and performance books, offering a wide range of theater resources, critical texts, play editions, and more. Some of the playwrights they have worked with include Edward Bond, Lucy Prebble, Sarah Kane, Arthur Miller, Mark Ravenhill, and James Graham, among others.

Bloomsbury is currently open for submissions. To submit, send your proposal to the appropriate commissioning editor. You can find more information on preparing your proposal, check out their submission guidelines here.

Faber & Faber is an independent publishing house headquartered in London. They specialize in poetry, drama, fiction, and non-fiction. In fact, they are home to some of the world’s greatest playwrights, including Harold Pinter, Samuel Beckett, Alan Bennett, Tom Stoppard, and Florian Zeller among others.

Aurora Metro Books is an award-winning independent publisher with offices in London and Sydney. They publish fiction, non-fiction, and drama, as well as biographies and books about the arts and popular culture. Considered one of the leading independent publishers in the UK, Aurora Metro welcomes submissions from both new and established authors from all over the world.

Should you wish to submit your work to Aurora Metro Books, you can prepare a proposal including a synopsis, a short bio note, and the first three chapters of your manuscript. Once you are ready, you can submit your proposal through their submission form. For any other questions, contact Aurora Metro here.

Methuen is an independent publishing company that specializes in fiction and non-fiction. They are also known for their prestigious drama list, which was acquired by Bloomsbury, including notable titles like The Methuen Drama Anthology of Women Playwrights, The Methuen Drama Companion to Performance Art, and The Methuen Drama Handbook of Theater History and Historiography.

To submit your work to Methuen Publishing, you can send them a proposal via email. For additional information, check out their submission guidelines here. Feel free to contact them here if you have any general questions.

Playwrights Canada Press is a Canadian publishing house that specializes in plays. They also publish books on theater history, biographies, and criticism. They were originally founded in 1984 as an imprint of the Playwrights Guild of Canada, but the press became a standalone publisher in 2000. On average, they publish around 30 books each year. While they are open to submissions, they only publish works written by Canadian citizens and permanent residents.

If you would like to submit your work, check out their submission guidelines for details. Once you are ready to submit, you can do so through their online submissions form. For general inquiries, contact Playwrights Canada Press here.

Talonbooks is another Canadian publisher. Located in Vancouver, Talonbooks specializes in poetry, fiction, and drama, as well as non-fiction in the areas of literary criticism, cultural studies, environmental issues, anthropology, ethnography, and social issues. Some of the drama books on their list include A Line in the Sand by Guillermo Verdecchia, Halo by Josh MacDonald, The Dishwashers by Morris Panych, Odd Ducks by Bryden MacDonald, and Espresso by Lucia Frangione, among others.

Talonbooks welcomes submissions from Canadian writers. For more information, check out their submission guidelines here. Should you have any additional questions, you can reach Talonbooks through the contact form on their website.

Founded in 1965, Coach House Books is an Ontario-based publisher specializing in experimental works of poetry, drama, fiction, and non-fiction. Their most recent drama titles include Declarations by Jordan Tannahill, Treasure Island by Nicolas Billon, The Supine Cobbler by Jill Connell, A God in Need of Help by Sean Dixon, and Animals by Karen Hines.

Coach House is open for submissions, but they primarily publish works written by Canadian writers. Learn more by checking out their submission guidelines here. For general inquiries, you can get in touch with Coach House Books via email.

Currency Press is an independent Australian publisher that specializes in books on the performing arts, including plays, theater books, professional handbooks, criticism, biographies, and more. Notable titles on their list include Away by Michael Gow, Diving for Pearls by Katherine Thomson, Hotel Sorrento by Hannie Rayson, The Rivers of China by Alma De Groen, and The Removalists by David Williamson.

Currency Press accepts submissions. For more information on submitting your work, check out their submission guidelines here. For general inquiries and other concerns, you can contact Currency Press by sending them an email.