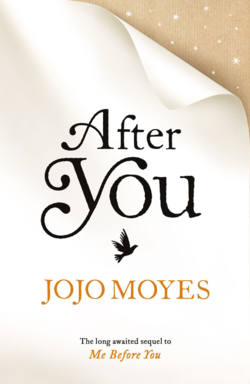 There are some incredible novels that you don't want turned into films or see sequels churned out to, as that might ruin what was a perfect ending – and by perfect I don't mean happily ever after, as more often than not they are absolute tearjerkers that ripped the reader's heart apart, but rather that their conclusion is what made them so special and memorable, and returning to these characters would be either impossible or implausible.

Good examples of these kind of stories include The Time Traveler's Wife, The Notebook and One Day, and Me Before You by Jojo Moyes falls into that same category for me. Yet a screen version is on the way and a written sequel has just been released, and morbid curiosity got the better of me. The big question is: Did After You ruin the incredible characters and legacy of Me Before You, or did the sequel add genuine value to the original book?

Major spoiler alert warning: If you've not read Me Before You (though why haven’t you?), go to your nearest book store or library now to pick up a copy! And this serves as your final warning that spoilers lie ahead…

After the death of Will, Louisa did as she had promised him. She lived. She travelled, went to Paris and even got a flat in London. But this feeling of freedom only lasted so long as she needed to pay her bills. Now she's working at an Irish bar at the airport and outside of her job she doesn't have much of a life. Instead of really living, Lou is stuck in a rut and on the verge of depression. So when she falls off the roof her apartment building and breaks pretty much every bone in her body, nobody really believes it was just an accident and that she heard a voice before she fell.

But there really was someone else there with her that night, someone who will soon impact upon Lou's life just as much as Will did – for good and bad. And it's up to Lou to make the difficult decision between focusing on a distraction from the pain and anger she feels over the loss of Will, and finding the courage and strength to move on and really live.

It was curiosity more than anything that made me keen to read this novel and while I am a big fan of Jojo Moyes' writing (The Girl You Left Behind is one of my favourite novels ever), I unfortunately didn't feel the love for this novel from the get-go. It was a combination of my own initial doubts over whether there was a need for a sequel to Me Before You, and a story that felt just too depressing after I had envisioned Lou to be a much stronger person following the journey she went through with Will in the first novel, yet here she was back to square one – or worse.

It didn't help that it'd been many years since I'd read Me Before You and the characters didn't feel as familiar as I expected them to; this could've almost been any odd novel about a woman struggling to come to terms with the loss of a loved one. A solid starting point for an engrossing read normally, but not so much for one where you already feel very close to the characters and protective of them.

However, about mid-way through the novel I felt a major turning point. I don't think there was a particular storyline that served as a catalyst for this, rather that I had – finally – found myself fully emerged again in Lou's life and genuinely felt interested in where the journey was taken her this time around. The addition of a character by the name of Lily was a particularly inspired choice as it brought the whole novel once more closer to the story of Lou and Will, which was the heart and soul of Me Before You.

Jojo Moyes is an exceptional storyteller, which shines through in every single page of her books, and had After You been a completely original novel – with a whole new cast of characters and no prior emotional baggage – it would've been a phenomenal read from start to finish. As it is, however, there is a huge legacy to take into consideration and while this novel's conclusion serves as powerful extension to the original, this was only after persevering through half of a hefty book that didn't quite reach that same level of amazingness.

So, is After You a worthy addition to Me Before You? Most definitely. Jojo Moyes' emotionally captivating writing style makes this another worthy addition to her already extensive catalogue. Once the sequel really gets going this is a moving and hugely realistic continuation of the story and Lou and Will, and one that will undoubtedly stay with readers long after turning the final page.