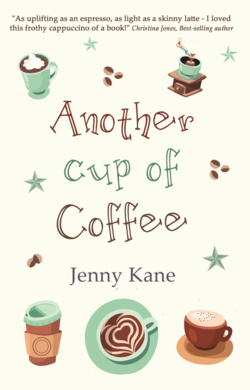 Amy has been living in Scotland ever since she was hurt by her ex-boyfriend, Jack while at university. When they broke up, Amy ran away to start a new life, leaving behind her closest friends. But her new life hasn’t quite worked out how she had hoped. So when she receives a package from Jack, she decides to return to London to face her past and try to rebuild the friendships she left behind.

I loved the idea of the mixed tape that Jack sends to Amy that reignites her past. Music can evoke so many memories and emotions, which it does in Amy’s case. I was hoping that music and the tape would prove to be a recurring theme within the book, but it turned out to be just a jumping off point. But this didn’t matter as the tape does its job and brings Amy back to life and forces her to take action and the next part of the book begins.

While I liked the character of Amy, I did find myself more drawn towards Kit and wondered what the history was between her and Jack. Of all the characters, Jack was my least favourite as I found him a bit flaky and selfish at times. He seemed quite immature so I was glad he wasn’t the main romantic hero of the book!

Another Cup of Coffee is a light, easy read full of friendship and love – and coffee!