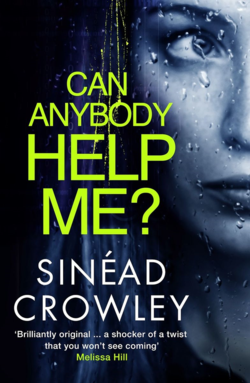 Being stuck in the house with a newborn baby can be lonely, so where better to find friends that are in the same position than online. Netmammy is where mums can find instant company and solace amongst others without leaving the house. Yvonne’s life has changed dramatically in the short period of time she has gone from being a single girl about town in London to a married, mum of one in a remote area of Ireland. This online forum is her lifeline and makes her feel better about herself as a Mum. The same bunch of women are on the site most days, so when one goes offline and then there is a story in the news about a murdered single mum, Yvonne jumps to conclusions.

Sergeant Claire Boyle is heavily pregnant, but does not intend to slow down anytime soon, especially with a murderer on the loose. Some bored housewife has phoned in a call about a missing internet buddy, but what has that got to do with anything? A health scare and a worried husband result in Claire being bed bound. Frustrated and with time on her hands, Claire discovers Netmammy on her own, or did she hear it mentioned somewhere before? One quick look and Claire realizes she may have dismissed a lead too quickly. Stuck in bed there is not much she can do for the investigation, or is there?

The book starts and we are introduced to pregnant Claire who is in denial about how her life is changing and annoyed with her husband’s demands to cut down at work. Unfortunately, Claire’s job is all consuming and not the kind you can do part time. She is a police sergeant and there is always a case demanding her attention. Next is Yvonne, who is quite literally miles away from her old life. Stuck at home with her baby daughter, she rarely sees her husband who is always occupied with his job in TV. She loves her daughter but her husband and the health visitor are nagging her to get out and involved with other mums, she can do that with a click of a button on Netmammy.

When Yvonne notices that one of her close internet friends has stopped commenting she thinks nothing of it, until she sees on the news that a single mum has been murdered and this woman had a daughter with the same unusual name as her friend. This whole premise is absolute genius and I am surprised that no-one has chosen this as a story line sooner. The story began to unfold in a very realistic way, as these forums do become a big part of a new mum’s life and you become friends with people you would probably dismiss in the street. The fact that the sergeant in charge is also pregnant is inspired and adds a different dynamic to the plot.

Can Anybody Help Me? is as addictive as any social media page, it was far too easy to pick up and just one more chapter turned into four! The fact that the story will be close to home for a lot of readers makes it disturbingly real. I was able to keep a step ahead of where each character was headed, but this made it no less creepy. That being said the final chapters knocked me for six and I did not see it coming at all. Whether you can relate to the social situations in the book or not it does not matter, this fantastic thriller will have you hooked and makes you realise that no-one is safe.