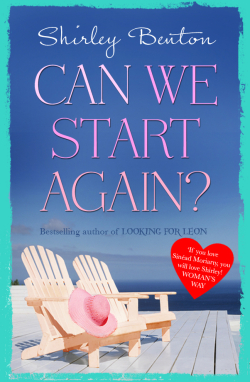 Is it ever too late for a second chance?

Tammy and Alvin had mapped out their entire lives together, including a pre-parental plan- a list of everything they wanted to do as a couple before they had children. But no amount of planning could have anticipated the heartbreaking problems that lay ahead- problems that shattered their once-perfect relationship and led to a traumatic break-up.

Then, after years of trying to move on, Tammy’s world is turned upside down when Alvin comes back into her life asking for a second chance- with a difference. He proposes that they spend time together, doing the things they had once so eagerly planned, in a bid to remember why they felt they’d have children together some day, and ultimately recapture what they had.

Still in love with Alvin, Tammy finds herself powerless to say no, even though their problems are still simmering in the background and threatening to boil over at any moment. Still, what they once had is surely worth trying to save.

From the cover, I automatically assumed that this was a light-hearted piece of chick lit with a simple storyline: boy meets girl, they have a happy relationship but drift apart, still hopelessly in love with each other they meet up again and everything is hunky dory.

I know I should try not to judge a book by its cover but, having read as many books as I have, I’ve developed a talent of guessing how a story will pan out just by looking at the jacket and reading the synopsis. I was made to look a fool, though, because this book is anything but light-hearted fluffy romance wrapped up in a pretty package.

After reading the first few chapters, I was already working out in my head how the plot would play out after Alvin shows up at Tammy’s house on New Year’s Eve. I was thinking ‘OK here’s the ultimate romantic gesture, things will be plain sailing from here on in’, alas that was not to be. Even though I was touched at Alvin’s gesture, the old wounds it opened up for Tammy were still very raw, and this is where the plot really gathered momentum.

I think what made this book so enjoyable for me were the characters. You’re tricked by the author into thinking that Tammy is cold hearted and wants nothing to do with Alvin and his plan for them both, yet as the story develops and their history is explained, the tone of the book takes an emotional turn and a few times I found myself getting a tad choked up. The reason for their break up is explained in detailed flashbacks, which not only added a whole new and interesting layer, but helped to further develop the characters of Alvin and Tammy. I couldn’t help but be drawn to both of them as they each suffered their own turmoil and continued to drift further apart.

At first I found it hard to relate to the character of Tammy as I thought that nobody could be that cold toward someone as charming as Alvin. Yet, like I said before, the reason for their break up is explained and I found myself warming toward her and all that she went through. This to me is the sign of a great book if an author can change your mind about a character in a just a few chapters.

On the whole, Can We Start Again? is a thought-provoking and poignant tale that would make even the hardest of hearts melt. An impressive follow up to Looking for Leon from Shirley Benton.

MORE ABOUT CAN WE START AGAIN?