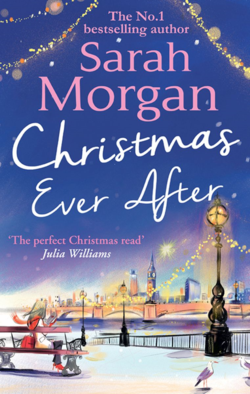 It would be fair to say that Skylar Tempest and Alec Hunter are not the best of friends. After spending a summer sniping at each other on Puffin Island, Maine, with their mutual friends, they would both be happy not to see each other again for the rest of the year. Only a rogue twist of fate has other ideas, and Skylar finds herself suddenly spending the run-up to Christmas with Alec and his family. While Alec is adamant he will never put himself through the stress of another relationship, and Skylar still holding out for true love, they never expect their tentative friendship to lead to anything more. But ‘tis the season to be jolly, and for Puffin Island to work its magic.

Having met Skylar and Alec in the first two books of the series, I enjoyed delving further into their lives. Skylar defied her parents and their preferred path of law for art and her business, Tempest Designs. Alec – affectionately known as Shipwreck Hunter – is a maritime historian and is credited with ‘making history sexy’. They have clashed on various occasions, but are surprisingly more alike than they would like to first believe. Skylar has a very sunny disposition, she is intelligent and kind and is optimistic in all her endeavours, despite the lack of encouragement from her family. Alec is more guarded following a rough divorce, but the caring streak in him is still present, especially with Skylar.

Skylar and Alec have conversed as little as possible among their mutual friends, so it’s a shock to the system to both when they suddenly start spending so much time together. There is some great verbal sparring and witty repartee, and, much to their dismay, obvious attraction. As a bond is forged between them, they have to revise the initial judgements they held of each other. A favourite part of the novel is how they come to understand and respect each other. Skylar is desperately trying to make Alec see that he deserves to be happy and encourage him to go for another relationship, and Alec wants Skylar to realise her self-worth and never apologise for being who she is.

Sarah Morgan manages to flawlessly convey Skylar and Alec’s emotions and their developing feelings for each other. Morgan is evidently very in tune with her characters and perfectly captures their thoughts and impulses. As a reader, I started to anticipate how Skylar and Alec would feel and react to each other, like when Alec helped Skylar at her lowest moment and when Skylar met Alec’s parents at their Cotswolds home. Being so close to the characters was certainly very compelling.

Although I was reading Christmas Ever After in October, I was quickly swept up in the Christmas spirit. I could easily imagine the snowy scenes of London and the Cotswolds, and Skylar and Alec walking in the snow and picking up logs for the fire. Puffin Island is as idyllic as ever and it felt like catching up with friends when Skylar and Alec were reunited with Emily, Ryan, Brittany and Zach. Alec’s home sounds cosy and picturesque, a peaceful retreat for Alec and Skylar to hibernate, nestled away from the main town and under layers of snow navigable only by skis.

Christmas Ever After is a romantic and emotional love story. The evocative winter descriptions combine to make the perfect Christmas book to curl up with in front of the fire and a glass of mulled wine.