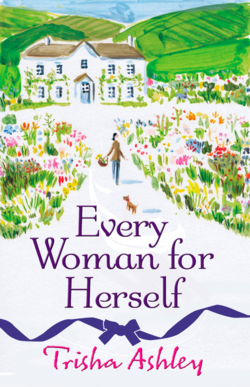 Out of the blue, Charlie Rhymer’s husband wants a divorce. Whilst she thought he was working away, they were really going through separation! Desperate to get away from town, she decides to return to her family home in Yorkshire.

However, rather than being a peaceful sanctuary where she can forget her woes, she is slap bang in her family's problems. Her father’s mistress has moved in with her two young children, much to the chagrin of Charlie’s sister, who is dabbling in the dark arts. Even Charlie has lost her old childhood bedroom to the unwelcome interlopers.

Despite all this, Charlie is determined to start afresh and be her own woman again. She does not get much sympathy from her family so she vents about her situation by writing a magazine aimed at other women like her – skint, old and northern! This makes her realise that perhaps she is not on the scrap heap after all and when she meets handsome actor, Mace North, he may change her opinion on men entirely.

This book was originally published in 2003 and has now been reissued. The story does manage to hold up quite well as does not seem dated. The whole family including Charlie seems stuck in a bit of a time warp anyway, especially Father, who is wholly disappointed that his children do not live up to their Bronte namesakes. I have read a few Trisha Ashley books and find them to be a bit hit or miss. Unfortunately, this one was a bit of a miss for me. I prefer the heartwarming Christmas stories she writes, such as Wish Upon a Star and The Twelve Days of Christmas as I become so immersed that I don’t want the story to end. This one is classed as a ‘comedy’ which was too quirky for me to find funny. I am not a big fan of eccentric characters and madcap plots. Saying that, I did laugh at the incident with the frying pan and the Skint Old Northern Magazine entries intermingled with the everyday goings on were enjoyable.

It started off well, but as the story progresses the characters and situations became more peculiar and as such I lost track of what was actually going on. I am sure fans of Trisha Ashley will be delighted that an older book they may have missed has been reissued, but I just couldn’t get into it.