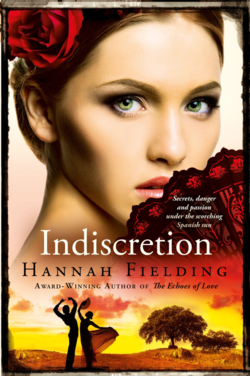 Set in 1950, Alexandra de Falla, a half-English, half-Spanish, romantic novelist escapes her dull though privileged life in London with her aunt to bask in the sunshine of her father’s family home in Andalucia. He has been a distant father, but she decides it’s time to discover more about her estranged Spanish family. Setting her latest novel in Spain, Alexandra resolves to make the most of her stay by researching its people, history and traditions. However, she soon learns there’s much more to this place and to her family members than she could have ever expected and discovers a passion she’d never experienced before when she falls in love with Salvador, an arrogant Count who’s as handsome as he’s troubled.

Alexandra learns the hard way that the differences between her father’s homeland and her mother’s British one are more than just the blistering sunshine and vibrancy of the place. She witnesses cruelty, beauty and intrigue, where rivals physically oppose each other and where some people will stoop to depths she could never have envisaged. Despite her love for Salvador, he resists his obvious attraction for her and Alexandra has to decide if this brooding, difficult man is worth fighting for, or if she should leave this troubled place and return to the safety and familiarity of her home and life in England.

The vivid descriptions of this beautiful area in Spain enthralled me, especially as it’s a place I’ve visited several times. I thoroughly enjoyed reading about Alexandra’s disappointment in her father’s reactions, her shock at the depths of the resentment towards her from members of her family and the shrewd cunning of the women willing her to return to England. I liked that although this was set in 1950 and Alexandra was bound by the constraints of that time that she was also a strong, independently-minded woman, even though it was that strength of character that led her into difficult experiences she then had to find a way to resolve.

A tense, compelling story that kept me enthralled to the very last page.