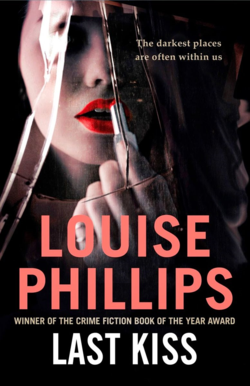 A man has been murdered and his body staged in a way that makes criminal psychologist Dr. Kate Pearson uneasy. She travels from the present murder in Dublin to a similar one that happened several years before in Paris in her attempt to discover who could have carried out these well-planned killings, the motive behind them and the link to the Tarot cards left at both scenes.

Meanwhile, a woman living in a quiet neighbourhood is trying to work out if her suspicions are correct that her husband is being unfaithful to her. She senses someone watching her but isn't certain who is moving objects around in her home, or if she's simply losing her mind. She doesn't know who to trust any more.

This fast-paced book is written from the point view of several protagonists. The killer's voice is in the first person, which I really liked. Kate Pearson and Sandra – the wife who suspects her husband of infidelity – are both written in the third person, which gave a great insight to their thought process. I was immediately drawn into the book by the eerie prologue and first chapter.

As the story evolved and I slowly learnt more about the killer's past and her reasoning behind why she was butchering these men, I felt anger towards those that had moulded her in such a way that she was damaged enough to be able to carry out these violent murders. About three quarters through the book I thought I'd worked out the big twist, but I hadn't and the ending was gritty, shocking and satisfying.

Fast-paced, dark and intriguing, and well worth reading.