Letting You Go by Anouska Knight reviewed by Jennifer Joyce 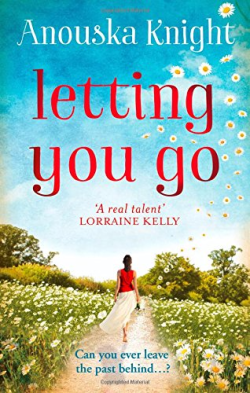 Alex Foster left home as soon as she could, leaving behind those she loved, and has avoided returning for eight years. There are too many reminders of the tragic accident that happened when she was a child, an accident her father still blames her for. But when her sister calls with the news that their mother is ill, Alex is forced to go back and face up to the past that still plagues her today.

I was intrigued by the plot of Letting You Go and was looking forward to delving into Alex’s past and finding out what happened to keep her away from the family she obviously loves. I wasn’t sure what to expect when Alex returned home. Her father obviously blamed her for what happened in the past, but how would the rest of her family react to her return? We’re told about the tragic accident from the very beginning but it isn’t until Alex returns home that we get a full picture of what happened. I wanted to really connect with Alex but I struggled to warm to her to begin with. She’s quite a lonely character and I feel I should have felt drawn to her but that pull was missing for me and I found it took me a while to become immersed in the story.

The book has a lot packed in from first love to families, tragedy and secrets but I found the pace could be quite slow at times, especially when it came to the secrets being revealed. They could be overly drawn out times, which was frustrating.

Out of all the relationships in the book, it was Alex’s relationship with her sister, Jem that I liked the most, as well as her reconnection with her former boyfriend, Finn. Although they’ve been parted for years, Alex still has feelings for her ex but she’s reluctant to admit this. After everything that had happened, I wanted a positive outcome for Alex and was rooting for the pair to rekindle their love.

FIND OUT MORE ABOUT LETTING YOU GO