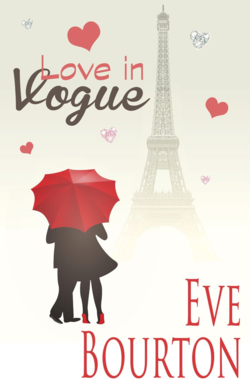 Sisters Corinne and Yolande Marchand are devastated when their father dies suddenly. Corinne takes on her father’s role of running the family business while model Yolande gets involved in the film industry. Though she is already engaged, Yolande finds herself falling for film star Patrick Dubuisson and begins a passionate affair that will have dire consequences for both herself and those around her.

Corinne has been in love before but ended up broken-hearted when her boyfriend left her – and the country – without an explanation. So when the chance for happiness presents itself once again, Corinne is wary. Can she allow herself to fall in love and risk heartache all over again?

Love In Vogue is full of cut-throat business deals and scandal as the Marchand sisters find their way in life without their father. I was a little overwhelmed to begin with as we are thrown straight into the midst of Corinne’s new role as the head of the global luxury goods company. There were lots of characters to get to grips with, as well as all the business talk. There are so many characters throughout the book, but luckily it became easier to get to grips with them as the plot moved along. Love In Vogue was quite a steamy read at times, with the exploits of the Marchand sisters as well as their love and business rivals. I didn’t think I would like Yolande very much to begin with as she is quite a spoiled young woman who was indulged a lot by her family, especially her father. She could come across as quite selfish at times but I did grow to quite like her in the end.

As well as the romantic element to the book, there are plenty of twists and turns within the book, particularly within the business environment. Some of these created unexpected developments to keep the reader on their toes, but I have to admit that some of the business aspects went completely over my head. Although I thought the book was well-written, I didn’t feel any strong connection to any of the characters, which made it difficult to truly invest myself in their stories.