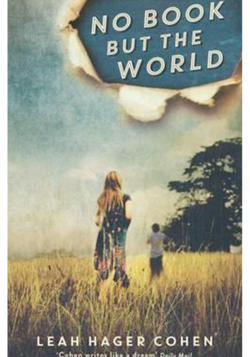 Ava Manseau grew up with her brother Freddy, both free spirits roaming the woods near their house. Their parents, Neel and June, encouraged them to be who they wanted to be, to try things they wanted to try and to simply live. Although Fred was different to most people, his parents refused to label him. Other people believed he had autism and Asperger’s syndrome, yet his parents and Ava simply knew him as Freddy.

As time went by and Ava and Freddy grew up, their parents passed and their lives went in different directions. Ava married, and felt severe guilt for not wanting Fred to live with them when their mother died. Despite this decision, she still loved him dearly. When she finds out that Fred has been arrested for the death of a young boy, Ava rushes to Perdu, where the incident happened, to try and save her brother.

Ava must find out what really happened to the young boy and help set her brother free.

I was really intrigued to read this book as the title and the cover really interested me. The storyline seemed very compelling and slightly dark, too – another reason I was keen to read it. The book is extremely rich in description and detail, as well as getting straight to the point from chapter one. It dips into the history of the siblings and family life in general, allowing the reader to piece together Freddy’s background and childhood.

I enjoyed the book as a whole, but my favourite section was Fred’s. I found it really interesting to see things from his point of view, to empathise with his situation and understand how he was feeling through his experiences with different characters. I also thought it was very well written, not patronising or dismissive of people who are ‘different’, and to be honest, for me it pointed out the fact that the other characters had a more problems than Fred.

Whilst reading this book I was reminded of Lenny from Of Mice and Men, which made me feel more attached to Fred and his story. I admit, I did tear up at the end of the book, both for Fred and Ava.

However, there are two things I would have preferred to have happened in the book. For one, I would have liked to have known the full story of Fred and the boy, and secondly I thought the last entry was a bit disappointing. I didn’t enjoy the fact that Ava admitted she had written each version herself, it just wasn’t my kind of ending. I didn’t think it was necessary, but then again this doesn’t alter the overall story and impact of Fred upon the reader.

Overall, I felt this was a dark and deep tale of a fascinating person who just wanted a friend.