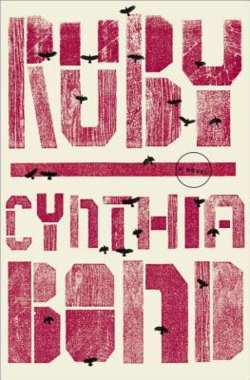 Ephram and Ruby have known each other most of their lives, yet their paths have rarely crossed. Ephram’s heart has always belonged to Ruby, whist hers has been torn, beaten, battered and left for dead by men and women along the journey from childhood innocence to adulthood. Having escaped their hometown of Liberty, Ruby has spent her time weaving in and out of people’s lives in New York. Ephram however, has spent his years living with his sister Celia, with only a smudge of hope in his heart that he may see Ruby again.

When Ruby has no choice but to return to Liberty, both her life and the quiet life of Ephram are thrown into chaos. Ephram must choose between the sister who brought him up as if he were her own child and the love and loyalty he has for Ruby. Ruby has a fight of her own, if she isn’t being used as a toy by the local men then she is being hunted down by an evil spirit, eventually the town turns against the pair and there may be only one way out.

This book is utterly outstanding. For me, each sentence is full of rich, vibrant descriptions and even when there are darker tales to be told, there is such beauty in the words chosen by Cynthia Bond. I thought the story was remarkable, and considering it enters into unknown realms, I felt it realistically portrayed each dark scenario perfectly.

I adored the character Ephram Jennings; he was kind, sweet and thoughtful. I really felt connected with him as a person, so when he was the victim of spiteful gossip and nasty words, I wanted to reach right into the book and stand beside him for support. I also loved Ruby; she felt at one with nature and the world around her and although she was struggling throughout, I thought the imagery of her with the chinaberry tree and the baby spirits was beautifully written.

There is a lot of dark material in this book, both in terms of language and shocking visual scenes. If you can’t cope or dislike profanities or disturbing scenes then it is probably best to not read this book, however, it is worth saying that the book needs these events to occur to allow the story to even exist. The darker parts aren’t written into the book ‘just because’; there are real reasons for each scene where violence or sexual abuse occurs. Although they may feel uncomfortable to read, there is a point to each and every event.

When I began reading the book, my initial thought was that there would be more of a racial theme running through, and although racism is touched on, the book runs much deeper into the thoughts, lives and actions of people, and I felt the point was that no matter what colour our skin is or where we are from, we have good and bad in us, but there are people everywhere that are bad, no matter what they look like or where they are from. It was interesting to read a book where a community has so many underlying secrets and lies, so many corrupt people that in the end you can’t tell a good person from a bad.

For me, my favourite part of the book was Ephram’s very first journey to Ruby’s house, with the entire community watching his every move. There was a lot of comedy relating to the cake he was carrying to give to Ruby, but as soon as I had chuckled at him saving the cake from doom, something more sinister would occur and it would jolt me back into the reality of Ephram’s life.

The ending was beautifully written, but it was a bit sudden and there wasn’t complete closure on the situation between Ruby, Ephram and the community. This left me simply feeling unsettled as opposed to cheated by a slight open ending. I worried what may happen next to Ruby and Ephram, but I suppose the point is not to dwell on what ‘might happen’ and live for the now.