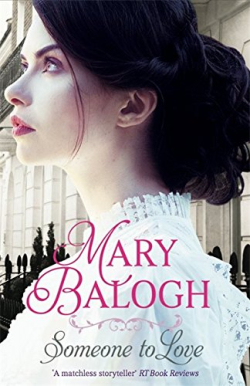 Anna Snow grew up in an orphanage in Bath, where she’s now a teacher. One day a letter arrives summoning her to London, where she discovers that she’s the daughter of the recently deceased Earl of Riverdale and has inherited his fortune. Avery Archer is the Duke of Netherby and guardian to Anna’s half-brother. Known for being aloof and distant, Avery finds himself helping Anna as she tries to make the transition from orphan to lady, and protecting her from London society as it threatens to overwhelm her.

Rags to riches stories and guardians who fall in love with their wards are two of my favourite tropes in historical romances and for two thirds of this it was going really well. Anna is principled and strong willed and isn’t prepared to change who she is and what she thinks to fit in with her newly discovered family. She’s compassionate and wants to help her newly discovered half-siblings, even when they don’t want anything to do with her. I liked her loyalty to her companions at the orphanage and the two who join her London household create some lighter moments.

Avery is interesting as well – described as blond and beautiful (so far, so typical) but smaller in stature than the other men. I liked the idea of his fight to overcome bullying at school, but one of my problems with the book was the way that this was resolved – by him learning a nameless martial art from a nameless Chinese master. I don’t have a problem with the learning of self-defence through a martial art, what I had a problem with was the teacher not getting a name or indeed a character beyond teaching Avery and making mystic pronouncements.

The final third of the story lost momentum for me – Avery and Anna get married all of a sudden before the idea that they’re in love with each other is properly established (I know that they’re two characters who keep all their feelings inside, but even knowing that it still felt rushed and under-developed) and then after their marriage their relationship doesn’t really develop much more until the very end. So, lots of potential, and two thirds of a really good book, let down by the third act and some clunky, culturally problematic stuff.

FIND OUT MORE ABOUT SOMEONE TO LOVE BY MARY BALOGH