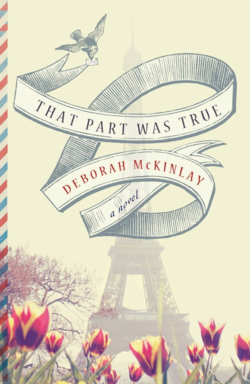 Eve Petworth writes to American author, Jackson Cooper, on a whim after enjoying a scene in one of his books. What ensues proves to be life-changing. Their letters develop from polite small talk into an across-the-seas friendship after they discover they share a passion for food and cookery. Slowly they start to reveal more of themselves to each other, as Eve’s perfectionist daughter plans her wedding with the involvement of her estranged father and Jackson’s busy love-life takes yet another nosedive. When the prospect of meeting arises, Eve has to confront her demons and choose whether to fight or flee from a possible romance.

This was such a refreshing romantic read, especially because the main characters are middle-aged with tempestuous pasts. Eve’s husband left her to raise her daughter, Izzy, alone while he moved on to wife number two and then number three, creating more families. With only her judgemental, bullying mother for support, Eve’s natural timidity took over. This allowed Izzy’s grandmother to become a powerful entity in her life, giving Izzy all the love and support that Eve was denied. With Izzy feeling the loss of her grandmother much more than Eve, they find themselves even further apart than ever at a time when they need each other more than ever. Izzy’s comparatively calm fiancé, Ollie, serves as a buffer between them, but if the wedding is to run smoothly, they must find a compromise over the woman that played such a large part in both of their lives.

Jackson is an equally likeable character, able to see his own flaws and understand when he is to blame for relationship breakdowns. Like Eve, he enjoys his own company and struggles to make long-lasting bonds with women, which is shown through his two failed marriages. Seeing the characters develop and their relationship grow through the letters gave an unusual perspective to the genre.

The novel is well-written and flows easily, absorbing the reader into the story and making them care about both Eve and Jackson. Eve’s battle to accept that she suffers with anxiety is easily relatable and I expect that many female readers will fully understand her suspicion and caution when dealing with other people. The issue of mental health is explored delicately and with honesty. Although Eve sees herself as weak, partially thanks to her mother’s negative input, the reader can see her strengths as she manages to compose herself when she is needed by others. A good example of this selflessness was when she offers acceptance to her ex-husband’s wife and their family without any sense of bitterness. Despite being quick to point out her own flaws, she’s exactly the kind of person many of us aspire to be: self-aware yet kind-hearted.

A romance that shows love can come at any stage in life and often when least expected.