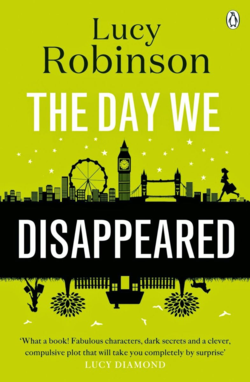 Annie Mulholland has a tragic past that she has worked hard to come to terms with and leave behind. So far it has prevented her from having a serious relationship, but when powerful and charismatic Stephen walks into her life, Annie starts to question whether he might have a positive effect on her.

Kate Brady has run away from her high-flying job in IT and supportive group of friends in order to escape. Finding herself at a stables for racing horses, she soon discovers a love for the animals and is drawn to her married boss, Mark .

Both women are hiding something but they aren’t going to reveal it. Not just yet.

Though told in first person, the novel alternates between the perspectives of Annie and Kate, who are old friends that haven’t seen in each other in quite some time. There are also some flashbacks throughout and we don’t find out who these belong to until further into the narrative. It is a perfect blend of genres: chick-lit, mystery and thriller. The blurb entices the reader to ‘work it out,’ and trying to figure out what the women are hiding was fun (my first guess was right though I doubted myself several times!). It opens with a short prequel where a young girl is celebrating her birthday with her mother. Suffice to say, the day goes terribly wrong. We aren’t told which woman had the experience as a child and both seem plausible.

Although both women are likeable and quirky, Annie tugged at my heartstrings as she is so vulnerable and naïve at times. Her self-esteem fluctuates depending on how she feels perceived by others and I honestly found her quite a sad character on occasion. I wanted to tell her to be a bit stronger and, when I felt frustrated with her, to grow up. I was less keen on one of the younger characters, Ana Luisa. I got the impression Robinson wanted me to find her quite cute, but when the six year old girl was using the ‘f’ word despite being asked repeatedly to stop, spoiled brat seemed more appropriate!

The plot unfolds slowly, revealing the links between the women and their pasts. Towards the end, the pace really picks up as one of the women may be running for her life. It’s difficult to say much without revealing any of the plot twists and I really don’t want too reveal much as the revelations about the women are definitely the main attraction of this novel. This is a very cleverly structured story that will have you struggling to put it down. I kept thinking: I just need to find out if Kate … and then once I had I’d know I wouldn’t be able to sleep without finding out what happened next.