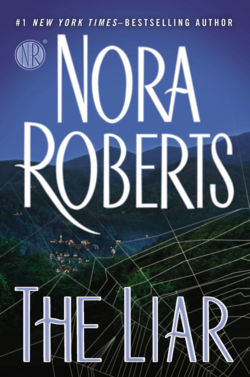 When Shelby’s husband Richard is killed in a freak accident, she discovers the man she knew never really existed. He was a liar and a cheat – and she’s left with a stack of debts. Faced with this new reality Shelby heads home to Tennessee with her young daughter Callie to make a fresh start as she tries to fix the mess she finds herself in. Back in Rendezvous Ridge she meets attractive builder Griff, but not everyone is happy to see Shelby – and Richard’s dodgy dealings are not behind her yet.

This is definitely Romantic Suspense, with the emphasis on the Romantic. That’s not to say that there isn’t some peril in there, but most of the novel is about Shelby rediscovering herself and settling back into the family and the community that she left when she was swept off her feet by Richard. I really liked Shelby – she’s been duped and she’s determined to learn from it. She made a mistake because she was young and naïve – and she’s not going to let it happen again. In fact the whole book is filled with engaging characters – in fact I would have been perfectly happy to spend the whole book with them.

I also really enjoyed the setting – I’ve read a fair few novels set in the south of the US and it can sometimes feel a little bit “generic southern hick town”, but Shelby’s patch of Tennessee felt real and well-drawn without straying into caricature (much).

This is my first Nora Roberts and although the suspense element was closer to cozy crime than thriller, I liked it a lot. I won’t be rushing out to buy more – because my to-read pile is massive and Ms Roberts has a 200+ book back catalogue – but I’ll certainly be keeping an eye out for them where I might not have done before.