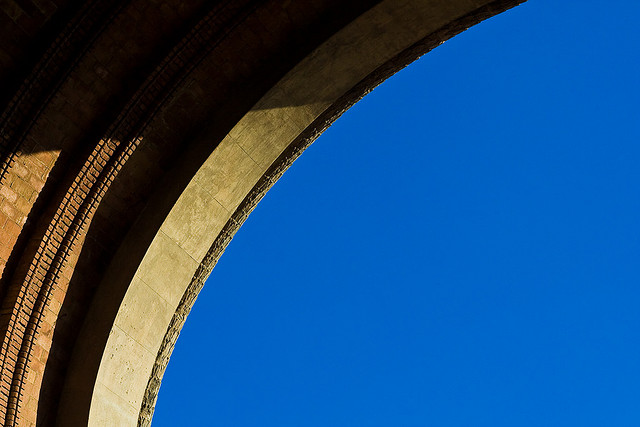 An arc is something that is arced or curved. Similarly, in a writer’s parlance, a character arc refers to the idea that a character must undergo some kind of a change in his/her journey of life; characters must grow, learn, evolve and change as the plot progresses. In other words, readers expect their characters to be in a better position than where they started. For example, if a character is poor, we expect him to become richer, or if a character is a villain we expect him to go in jail. These expectations may or may not be fulfilled. Character arcs are visible in movies too and are not confined only to books or stories. In the film Gone With the Wind (1939), Scarlet O’Hara (Vivien Leigh) never accepts Rhett’s (Clark Gabble) insistent courtship. Rhett deviates as he realizes Scarlet will never be his, and so he leaves her. In her misery, Scarlet denies her fate and utters that she will think of some way to get Rhett back in her life.

There are 3 main types of character arcs: positive, negative and no change. Let’s take a look at each.

A positive character arc, also known as the change arc, refers to somebody whose life transitions from a bad situation to a better one. Such characters have happy endings. The protagonist may progress from an average Joe or plain Mary to a hero or a heroine. Some form of inner strength in them allows them to transcend their obstacles and their inner or outer demons. When you want to introduce a positive character arc in your story, ensure that something different or better happens for a character in a bad situation. For example, your character may have started in the novel working for a public relations firm he loathed. This makes him feel miserable. Later on, toward the end of your story he is at a new place. You can either make your character love the new place, or make situations different for him so that there is a positive change. This positive change is up to your imagination. It can be brought about by introducing different characters or situations. You can make your character fall in love with somebody at the new place. Or if your character is married, bless him with a baby!

A negative arc refers to something where a character’s situation worsens. Such characters have tragic endings. When you want to introduce a negative arc in your story, play with your character’s beliefs. For example, your character believes that his or her mother is dead for fifteen years. One day, he or she receives a letter from the mother. The mother has her own family and has nothing to do with the main character. This leads to disillusionment in your character. You can even introduce doom in the plot, wherein your protagonist dooms herself and in the process she manages to doom other people as well. Wuthering Heights by Emily Bronte is an example.

In the no-change character arc, the character will remain the same throughout the story. Is this possible? Yes, you can write a story with no character arc. After all, you are writing fiction. In the Steven Spielberg film Raiders of the Lost Ark, the character Indy remains unchanging throughout the plot right from the beginning. Indy wants the Ark for its historical significance as he wishes to improve humanity’s understanding of the past. His intentions remain the same throughout the film. Did this make the plot less interesting? No, it didn’t. In fact, the film was a top hit and continues to remain one of the greatest films of all time in the action-adventure genre.

Image credit: Peter Zoon on flickr and reproduced under Creative Commons 2.0[author] [author_image timthumb=’on’]https://writingtipsoasis.com/wp-content/uploads/2014/10/Smitha-Abraham.jpg[/author_image] [author_info]I’m Smitha Abraham. I love traveling in my flights of imagination and use these flights to craft short stories and poetry. I am a budding writer from India. My passions are reading, creative writing, listening to music, learning new languages, meeting new people, getting acquainted with different cultures and traveling. Authors like Isabel Allende, Gabriel Garcia Marquez, Carlos Ruiz Zafón, genres like magic realism, historical romance, and writing styles that are imaginative and flow effortlessly fascinate me. I love to unwind with a book curled up on a sofa or by gazing at the stars by the sea shore. I am a nature lover and spending time admiring the sunset and sunrise is relaxing for me.[/author_info] [/author]