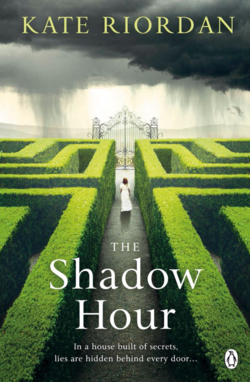 Grace Fairford’s first job is as a governess at Fenix House. But unbeknown to her employers, she is following in the footsteps of her grandmother Harriet who did the same job nearly 50 years earlier. Both women arrive after family tragedies and looking to set out on their own. Grace has been raised on stories about the house, but when she arrives there she realises that it’s not the magic fairytale place she had heard about, but decaying and faded. And it turns out her grandmother may have been a less than reliable narrator.

The Shadow Hour follows the two women as they work in the same house nearly half a century apart. Piece by piece you discover the secrets that Harriet has been hiding and what happened to her charges after she left. Told by both women alternately, The Shadow Hour is packed full of twists and turns and is set in two periods that I always enjoy reading about – the 1870s and the 1920s.

The final reveal had me flicking back earlier in the book to read some passages again to check I hadn’t misunderstood things and to look for clues that I’d missed. If you like stories about secrets, lies, families and relationships, The Shadow Hour should probably be on your to-read pile. I found it gripping, page turning and unexpected.