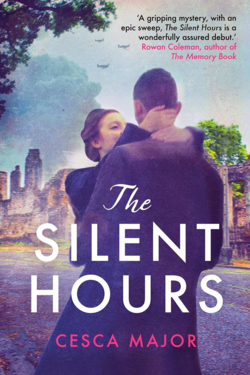 This story is based on a true, shocking story that happened in France in WWII. Set in the countryside in a village that remained unoccupied, it is told from several perspectives and begins with Adeline, a mute woman living in a nunnery in the early fifties. She can’t recall what happened to her or where she comes from and as a reader you suspect that this is because the truth of her past is too unbearable for her to accept. Despite help and care from the nuns is unable to speak.

The book also tells the story of Tristan, a little boy whose family has moved from Paris to live in the village. He makes new friends and likes his teacher, but he is unaware of the cruelty in the world around him. We also meet Isabelle. She loves teaching, but misses her brother Paul who is away serving his country and eventually gets caught, becoming a prisoner of war. Isabelle meets a local man, Sebastian, whose family were once wealthy bankers, but he is also a Jew and his life has changed greatly from how it once was.

As Adeline tries to recall who she is and Tristan wonders about the other new boy at school, Isabelle and Sebastian fall in love and they all struggle to cope with their ever-changing lives. Their stories unfold with a vividness that kept be entranced as I became drawn deeper into their daily lives and fears. The book quickly moved from one character’s story to the next, taking me on an emotional ride. The tension built leading to the shocking climax, which days later still haunts me and reduced me to tears, twice.

This beautifully written debut is a heart-breaking story about love, terrible loss and being exposed to unimaginable horror. I loved it.