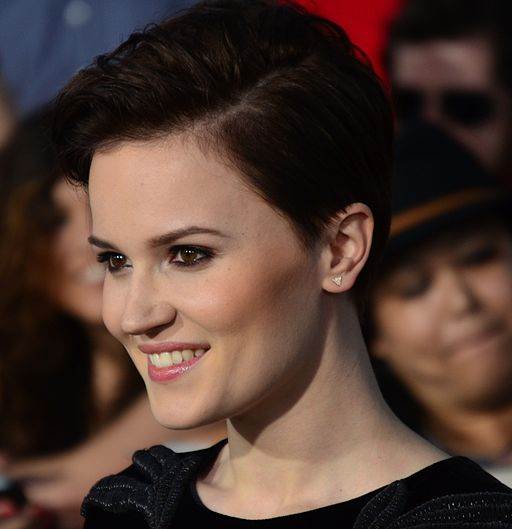 Veronica Roth is an American novelist, best known for her Divergent trilogy, which consists of Divergent, Insurgent and Allegiant. Her novels have become bestsellers, with more than 11 million copies sold. She has received numerous awards. These include the Goodreads Choice Award for Favorite Book of 2011, and in 2012 she was winner of the Goodreads Choice Award for Best Young Adult Fantasy & Science Fiction.

Aspiring writers can learn a lot from Veronica Roth, who wrote the first draft of Divergent while on winter break during her senior year in college, and sold the publishing rights before she graduated in 2010. Read on to learn more.

1. Accidents are not the plot

A good novel has a solid plotline with key plot points that don’t happen by accident. As Roth puts it in her blog post, “my protagonist cannot get into a car accident. And not just because she’s never in a car, but because of my rule, which is that the plot cannot be advanced by something that happens by accident.” We have all read stories where the protagonist doesn’t advance the plot with his or her actions, but through luck and good timing. Roth demonstrates her rule in the Divergent trilogy excellently. The plot in Divergent is driven by the actions of her characters, which leads us to another writing lesson.

The characters are the ones that advance the plot in a novel, especially the protagonist, by being, as Roth states in her blog, “at least partially responsible for the things that happen to her.” This way, the characters are the ones that make things happen, through the choices that they make, be it under pressure or not. And the beauty of the rule is that if the character had made a different choice, the plot would have moved forward in a different direction, which is not the case when the plot is advanced by accident.

3. Characters have to be consistent

Roth surprised her numerous fans with the ending of the trilogy in Allegiant. But Roth stayed true to the character she had created in Tris, and the ending is a result of who Tris is. Her actions and decisions throughout the novels show her inner thoughts – show us who she is and her internal character struggles. Though Tris changes a lot during the trilogy, her core self is consistent throughout all of them.

A novel is a tight, compact set of characters, events and places that all tie into the purpose of the plot. If you add too many random characters and places, the readers might want to know more about them, because they assume they are important. Roth says, “always use something that was already there, rather than introducing something new.” Adding too many characters can confuse the reader, especially if the new characters are performing a role that can be done by an existing one, which the reader is already familiar with.

5. Stay true to the world

Roth explains this in another blog post, “I try to be just as unfair as the world is; I take away characters when I have to, and I don’t really think about whether it’s balanced. Tris loses both parents; Tobias and Christina lose neither. Tris gets to keep her boyfriend; Christina’s is taken from her. It’s not fair either way, and that feels honest to me.” Death is a part of life, and if your story involves a war, then the death of beloved characters helps to show the darkness of such a world. Stay true to the dark world you may have created in your novel; even if that means you have to “kill” characters that don’t deserve to die.

Image credit: Mingle Media TV on Wikimedia Commons and reproduced under Creative Commons Share Alike 2.0[author] [author_image timthumb=’on’]https://writingtipsoasis.com/wp-content/uploads/2014/12/photo.jpg[/author_image] [author_info]Georgina Roy wants to live in a world filled with magic.
As a 22-year-old art student, she’s moonlighting as a writer and is content to fill notebooks and sketchbooks with magical creatures and amazing new worlds. When she is not at school, or scribbling away in a notebook, you can usually find her curled up, reading a good urban fantasy novel, or writing on her laptop, trying to create her own.
[/author_info] [/author]