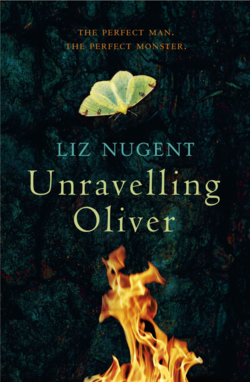 Oliver has never been a violent man. Until the evening he attacks his wife and leaves her in a coma. Through Oliver, those around him and his wife Alice, we learn about Oliver’s past and what could drive him to the savage attack.

I’ve never read a book with as many narrators as there are in Unravelling Oliver and I wasn’t sure how switching between so many points of view would work, but it worked very well for me. Each person tells an anecdote from their past, usually involving either Oliver or Alice, until a picture begins to emerge of Oliver and the night he attacks his wife. Oliver is a very odd character. He’s cold, calculating and devious and is so detached he seems devoid of feelings for others, chillingly so at times. We learn about his childhood and how that shaped him into the man he has become and I have to admit I felt a bit sorry for him at times, which I didn’t think I would at the beginning. But he soon acted in such a manner that I hated him again!

I found Unravelling Oliver to be quite a unique read. I wasn’t always sure where the anecdotes were leading and how they were relevant to the attack, but piece by piece the full story started to emerge until everything slotted together. I found it to be a fascinating and hugely enjoyable read and I particularly warmed to Barney, who I liked more and more as the story progressed.