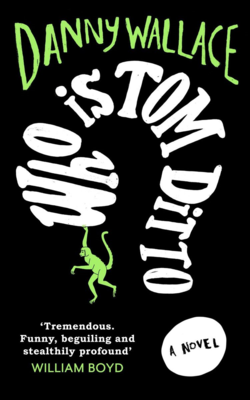 I have not left you but I am gone.

Please carry on as normal.

This is the note that Tom Ditto comes home to from his girlfriend Hayley. Immediately panicked, he begins calling all of their close friends who know nothing of Hayley’s whereabouts. As he continues his investigation, he visits Hayley’s workplace, clothing shop Zara, where her boss informs him that Hayley has given in her notice to go travelling for a month. He is puzzled – Hayley had never mentioned wanting to travel before. So Tom is left to figure out what exactly has happened to his girlfriend, and what has caused her to run away so suddenly, except … is it sudden? Is she coming back? Has she left him for good? And how can he just carry on as normal?

These are all questions that Tom goes on a quest to find answers to. In the process, he stumbles across a group of people that he never thought he’d be spending time with and a whole new world of opportunities are opened up to him, but will Hayley return at the end of it all?

The thing I enjoyed most about Tom is his painfully normal life; he is easy to relate to and could quite easily be the person you walk past on the street every day or the guy who works in the office next to yours. His work at a radio station provides a lot of the laughs in this book, including arguments with work colleagues that mirror work life for most people. His quest to find Hayley takes him on a journey that he doesn’t expect to go on and he begins to see how there can be a little bit of magic in the normal, everyday.

Danny Wallace’s successes as a writer clearly come from his ability to relate to his readers. He is realistic and so are his characters, but he is also very clever at giving them endearing qualities that make us care for them. Wallace is also an overwhelmingly funny writer and I found myself frequently drawing inquisitive looks from my boyfriend as I giggled my way through it.

For fans of Charlotte Street, the author’s acclaimed debut novel, this book will be just as satisfying. For first time readers, like me, the book is a great place to start, too. Danny Wallace clearly loves writing and he manages to cover serious issues such as depression without the story becoming bogged down in cliché.

I am sure this book will cement Danny Wallace’s success as a fiction writer as well as a columnist. When researching the book on Amazon, I came across a review, which described Who is Tom Ditto? in the following way: “Gone Girl meets Nick Hornby with a dash of The IT Crowd on the side.” I couldn’t put it better myself.