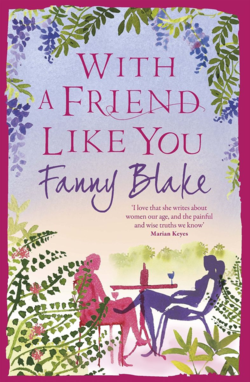 Beth likes to be in control at all times; as a working mum it is important that routines are in place. Megan is the opposite; she sees no need for order and believes her kids thrive without constant parental input. They may be unlikely best friends but it works and both women gain something from the other. Their children have grown up together and feel at home in either household.

When Beth’s daughter Ella has life changing news, Megan is the first person her best friend wants to tell. However, when they meet up for dinner and a catch-up, Beth is devastated to find that Megan already knew! Over the years both women have been happy for their children to have a second mum in each other, but this time is different and Beth feels Megan has overstepped the mark. By being there for Ella, Megan has unknowingly destroyed the friendship and there seems to be no way back – at least as far as Beth is concerned.

Day by day the chasm between the friends deepens as recriminations and accusations fly back and forth. In tough times you need your best friend, but for Beth and Megan, they are pushing against one another rather than pulling together.

When Beth first met Jon years ago, she not only gained a boyfriend, but ready made friends in couple Pete and Megan. Over time, as Jon became her husband and they started a family, Megan has been an important and well loved part of Beth’s life. Both women have known that the other was not far away to lean on if need be; however, this all changes when Beth’s daughter Ella confides that she is pregnant to Megan first.

I really felt for Megan as she was unaware that she had crossed an invisible line Beth had set in her own head. I did understand Beth’s hurt, but thought she took the whole grudge of it too far. Surely the fact that her daughter had more than one person to speak to about her worries should have been a relief, but Beth was too uptight to see this. My favourite characters in the book were actually the children as their lives were full of interest and excitement, which seemed to highlight the differences in both Beth and Megan’s parenting skills perfectly. Funnily enough though, just as you thought some kind of normality may be achieved, a twist came out of the blue from straightlaced Beth’s past to throw everything into disarray again. Fanny Blake has really managed to convey how one person’s actions could dramatically affect all around them. The knock on effect of certain peoples’ life choices was truly riveting.

With A Friend Like You is a realistic glimpse into the drama of family life. Full of strong characters, I was immersed in this suburban war of words and continually changed allegiances right to the end.