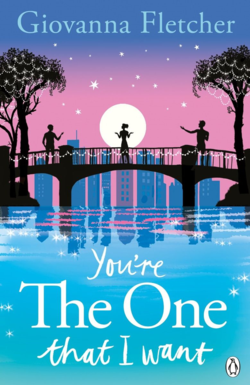 The very first day Maddy joined her new school, Ben and Robert made a beeline for her and ever since they have been inseparable best friends. They call themselves ‘The Tripod’ because without one, the other two are useless! Over the years to come they share diversity, heartbreak and lots of laughs along the way.

Whilst still at school Ben realizes he is in love with Maddy, which he keeps a secret, but before he can do anything about it, Robert gets in first. Thereafter their friendship is changed forever, but Ben is determined that no-one will know how he really feels as he wishes his best friends well.

Now aged 27, Maddy is ready to walk down the aisle to marry Robert, with Ben at his side as best man, but has she really made the right decision?

The narrative of this story follows alternating viewpoints of best friends Maddy and Ben. This kept me reading; however, rather than being contrasting, they both had very similar writing styles, so at times I had to look back to the start of the chapter again to see who I was actually reading about. Usually this style of chapter layout allows you to gain an insight into the same situation from both sides, but in this instance, I felt it was just rehashing what we already knew and not much else was discovered. I also thought we should have the viewpoint of Robert; although, I know the book was probably written this way to show him being oblivious to what was going on with Maddy and Ben, but it would have been good to see how he perceived things. My favourite part of the book was the characters' mums, which you were only given a glimpse of now and again, but when they did appear, I enjoyed reading about how their lives had changed through the years and found the advice they gave their children insightful. Some of the standout lines from the book came from the mums!

The synopsis hints at a love triangle between best friends, which there is, but it is hardly the most interesting of tangles. Just as the story was picking up (two thirds of the way through), it fizzled again and I was left wondering what the point of it all was. The teenage years dominate the book and, as such, I felt it was more a teenage read than an adult one. The years flew by too quickly and a lot of things were just skimmed over, which I understand – you can’t just ramble on and on about the characters' history, but there was no depth so I didn’t really feel anything for the characters. Big events were soon forgotten.

I so wanted to love this book as I really enjoyed Giovanna Fletcher’s debut Billy & Me, but with this particular book, I just thought it was too formulaic. I have read the friends love triangle plot too many times before and this brought nothing new.