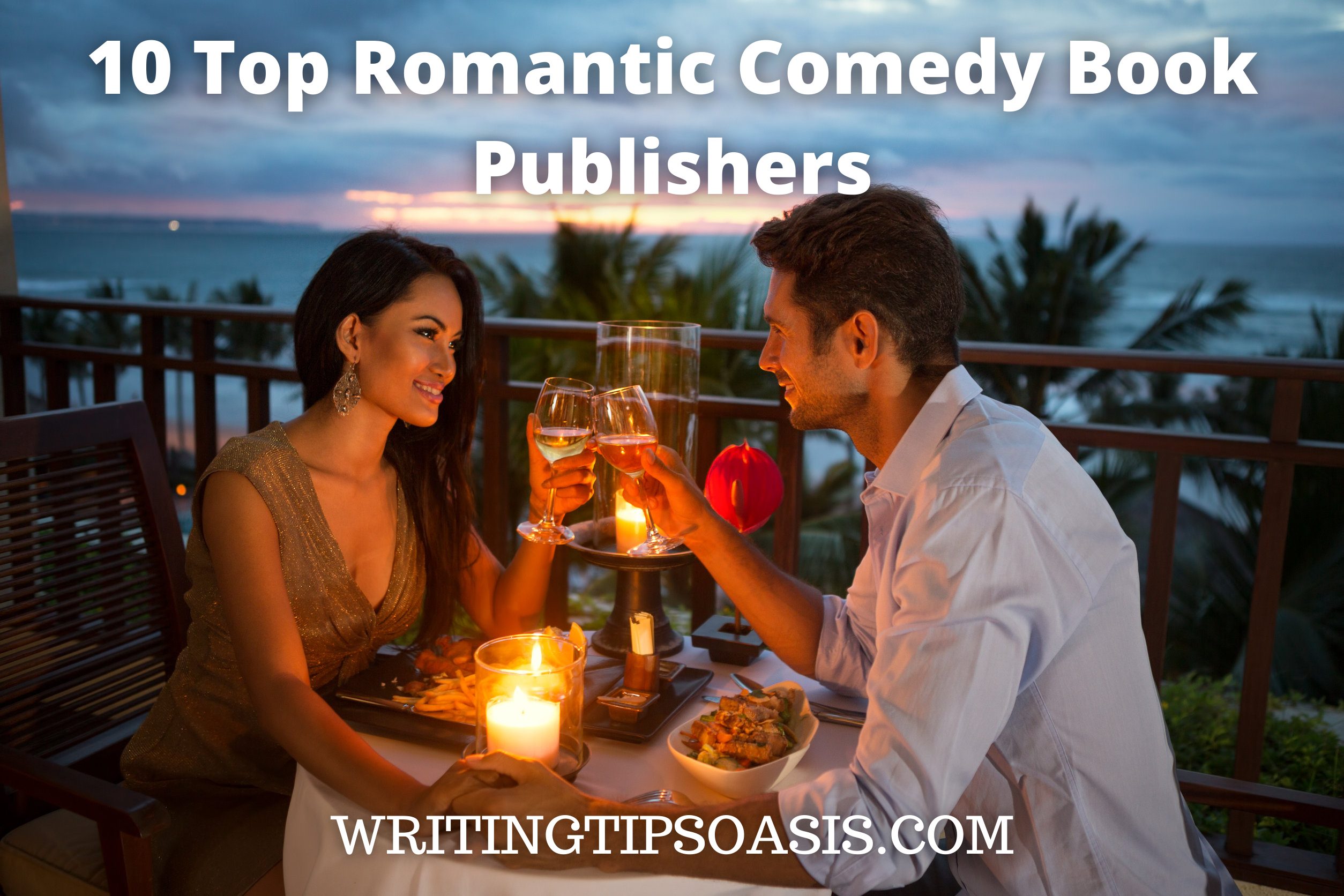 If a search for romantic comedy book publishers has brought you to this post, you’ve come to the right place. Below we’ve featured 10 publishing houses that publish romantic comedies for your perusal.

Quick Books has been delivering quality books out of its location in Philadelphia, Pennsylvania since its founding in 2002.  Not only does it offer books from a wide range of genres, but its books are also categorized by age group and reading level.

Count on Quirk Books for books about horror, lifestyle, comedy, romance, or anything in between. A number of books that it has published include “This Is Not The Jess Show” by Anna Carey, “My Lady’s Choosing” by Larissa Zageris and Kitty Curan, and “Siri, Who Am I?” by Sam Tschida.

For those interested in writing for Quirk Books, remember to reach out to acquiring publisher Jhanteigh Kupihea at Quirk Books. The company will want to see at least a query letter as well, which should be emailed to the company (not mailed).

Among the many imprints and the different genres they specialize in, Lovestruck produces real-life modern romantic stories, including romantic comedies. The Dating Itinerary” by Brooke Williams, “About That Night” by Laura Brown, and “Accidentally In Love With The Pilot” by Teri Anne Stanley are a number of the books that they have been responsible for publishing.

Writers interested in submitting their work to Lovestruck should go through Entangled Publishing’s submission page. Lovestruck is looking for manuscripts that range between 20,000 and 60,000 words.

Based in the UK, Canelo is a book publisher that was founded in 2015. Recognized at the British Book Awards in 2021 and shortlisted for Independent Publisher of the Year, they continue to pride themselves as a publishing house that puts the writer first.

Under the Canelo umbrella, they have created a number of lists, organizing their books into different categories like adventure, action, and history. Canelo 10 produces books that feature escapist themes and motifs including romantic comedies and romance in exotic locations. A number of titles Canelo 10 has published include “The Mother’s Secret” by Kathryn Croft, “The Other Son” by J.M. Hewitt, and “After the One” by Cass Lester.

Currently, Canelo 10 is not accepting submissions, but any information about submissions will be released on their website.

Tule Publishing is a publishing house operating with authors and editors who come from a traditional background in publishing. Based in the United States, it specializes in women’s fiction, including science-fiction, comedy, mystery and fantasy.

Tule Publishing is a product of its mother company Tule Productions, which was founded in 2015 by founder and CEO Jane Porter. The company has gone on to publish titles like “You For Christmas” by Madeline Ash, “The Rebel and the Cowboy” by Sarah Mayberry, and “Command and Control” by Shelli Stevens.

Tule Publishing is accepting submissions for 2023. Those interested in submitting work to Tule Publishing should send their bio and synopsis to their email. For romantic comedies authors, be sure to apply to Tule Romane.

Royalty Publishing House was founded by CEO Porscha Sterling who created the company in order to promote more urban fiction. Today, the American company specializes in producing urban fiction that is romantic, comedic, and modern, taking classic romance stories and presenting them with a twist, contextualized in an urban setting.

Proud of the heritage they represent, Royalty Publishing House promotes African American literature and continues to look for opportunities to explore themes and representations of the African American experience. Take a look at some of the books Royalty Publishing House has published, including “In Love With the Plug” by Shameka Jones, “Addicted To You” by Porscha Sterling, and “Down For Mine” by Vivian Blue.

Writers who are writing urban fiction should submit their manuscripts on their website, along with your contact information.

Situated in Nashville, Tennessee, in the United States, Turner Bookstore is a publishing house that has released over 5,000 books since it started operations in 1984. The publisher is currently run by president Todd Bottorff and has been recognized as one of the top independent publishing companies in the country.

Through their multiple imprints, Turner Bookstore publishes both fiction and non-fiction, including books on business and design and novels about romance, comedy, fantasy and mystery. A number of titles that they have produced include “Butterfly” by Kathryn Harvey, “The Hive” by Melissa Scholes Young, “Lighthouse” by Eugenia Price.

For authors interested in approaching Turner Bookstore about their current work in progress, email them with your manuscript and a query letter indicating what you’re writing about.

Melbourne, Australia is home to Text Publishing, an independent publisher that produces both fiction and non-fiction books. Publisher Michael Heyward leads a team of publishers and editors at this leading publishing house, which continues to produce memorable books in multiple genres.

From romantic comedies to historical fiction and non-fiction essays and biographies, Text Publishing is interested in well-written books, no matter the genre. “The Wingmaker” by Mette Jakobsen, “It’s Been A Pleasure, Noni Blake” by Claire Christian, and “The Rosie Result” by Graeme Simsion are a few books they’ve been behind that you should check out.

Text Publishing is only able to entertain manuscripts from writers who are citizens or residents of Australia or New Zealand. Interested writers should submit their work following the guidelines they’ve indicated on their website.

Since 2010, Spencer Hill Press has been operating out of its offices in New York City. The publishing house specializes in genres from young adult to romance, including books in the romantic comedy subcategory.

No matter what your romantic novel is about – whether it is based in a historical setting or something more recent, or is more comedy than romance or vice versa – Spencer Hill Press is interested in what you’re writing! Look at some of their titles in “Practically Ever After” by Isabel Bandeira, and “The Love of a Rogue” by Christi Caldwell.

For submissions, Spencer Hill Press asks that submissions include a cover letter and a synopsis of your book. They will also ask for information regarding your target audience, as well as a sample of your manuscript.

Bywater Books is a publishing house that operates out of Ann Arbor, Michigan, in the United States. Publisher and editor-in-chief Salem West stands at the helm of this small publishing house, that prides itself on its books that promote lesbian and feminist-themed fiction, BIPOC issues and fair representation.

Alongside its non-fiction counterpart Amble Press, Bywater Books publishes fiction and non-fiction books. Fiction genres that it is interested in publishing include historical fiction, romance, including romantic comedies, contemporary general fiction and crime fiction. Some of their romantic comedies include “Jericho” and “Goldenrod” by Ann McMan, “Catboat Road” by Kate Rounds.

Those interested in submitting to Bywater Books should check out their website for a step-by-step guide to submissions. Submissions of romantic comedies will require a manuscript, synopsis and author’s bio for consideration.