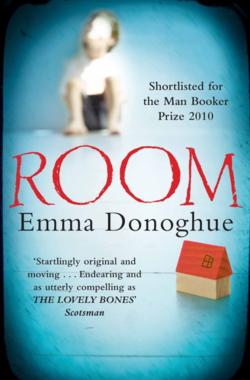 Anyone who has read Room by Emma Donoghue is surely not surprised at all by its success or the Man Booker Prize love it received. After all, the book is completely original in a time when many books seem so like something else you've read before. It is daring and as unashamedly horrific in subject matter as it is entirely lovely and life-affirming.

The story, about one little boy and his mother, begins in Room where they live. Yet, as the story progresses, the reader quickly starts to realise that despite the narration of this happy little boy, the world in which he lives is not one where he should stay. And, when an opportunity presents itself, Ma decides it's time to tell young Jack the truth about their home as she needs him to help them escape it.

It's a book that keeps the reader guessing, never sure what is going to happen next, and offers numerous terrifying moments and those that fill you with joy.

For the adaptation, director Lenny Abrahamson shows great respect for the source material and has put together a stunning cast who he has led beautifully. Author Emma Donoghue returned to pen the screenplay too and has done a staggeringly great job at understanding storytelling in two very different forms. The film captures both the heart and horror of the novel and, though a few details are lost in the conversion, these details are none that are likely to upset lovers of the book. The fundamentals are there and the story remains the emotional roller coaster you'd expect.

Brie Larson leads as Ma and, were it not for the incredible find of young Jacob Tremblay who plays Jack, it would be impossible to look anywhere else but straight at her for the majority of the film. Larson's performance is utterly riveting as she balances the constant pain of her situation and the need to create a positive, magical and safe world for her son. Ma is a wildly conflicted and complex character and Larson has brought her to the screen with great love and care. Just give her all the awards already! Similarly, Tremblay does a superb job of capturing the frustration, affection and wide-eyed wonder of a character whose world is thrown into chaos with the revelation that all is not as he once believed. 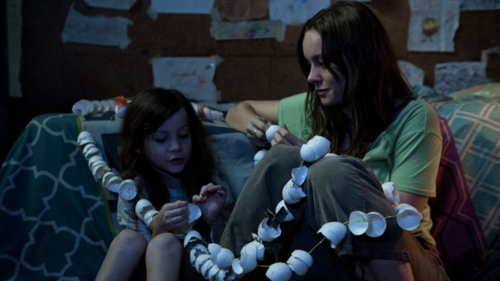 Room is not an easy watch by any stretch but that will again come as no surprise to fans of the novel. It is gut-wrenching and adorable in equal measure to watch the mother/son relationship as the story moves forward and, as the film is not just from Jacob's perspective, we see the world beyond him and really get to know both characters well. Of course, though this relationship is what lies at the heart of Room, there are plenty more twists and turns besides to keep viewers guessing just as the book did with its readers.

As a novel, Room is brave and original storytelling. It spun a story that examined the power of human resilience and familial love. But it was a very difficult read, and not just because of the subject matter. The narration from five-year-old Jacob was often jarring and made the book difficult to get into. Personally, I gave up on it after a couple of chapters. Then someone told me to persevere – and was I glad I did!

The flawless adaptation has all that readers were blown away by with the novel but, without the narration, it is easier to fall through that skylight and immerse yourself in Room right alongside Ma and Jacob from the outset. And you won't leave their side until the very end.

Room is currently showing at the London Film Festival. It is expected to have a wider cinematic release in January 2016.