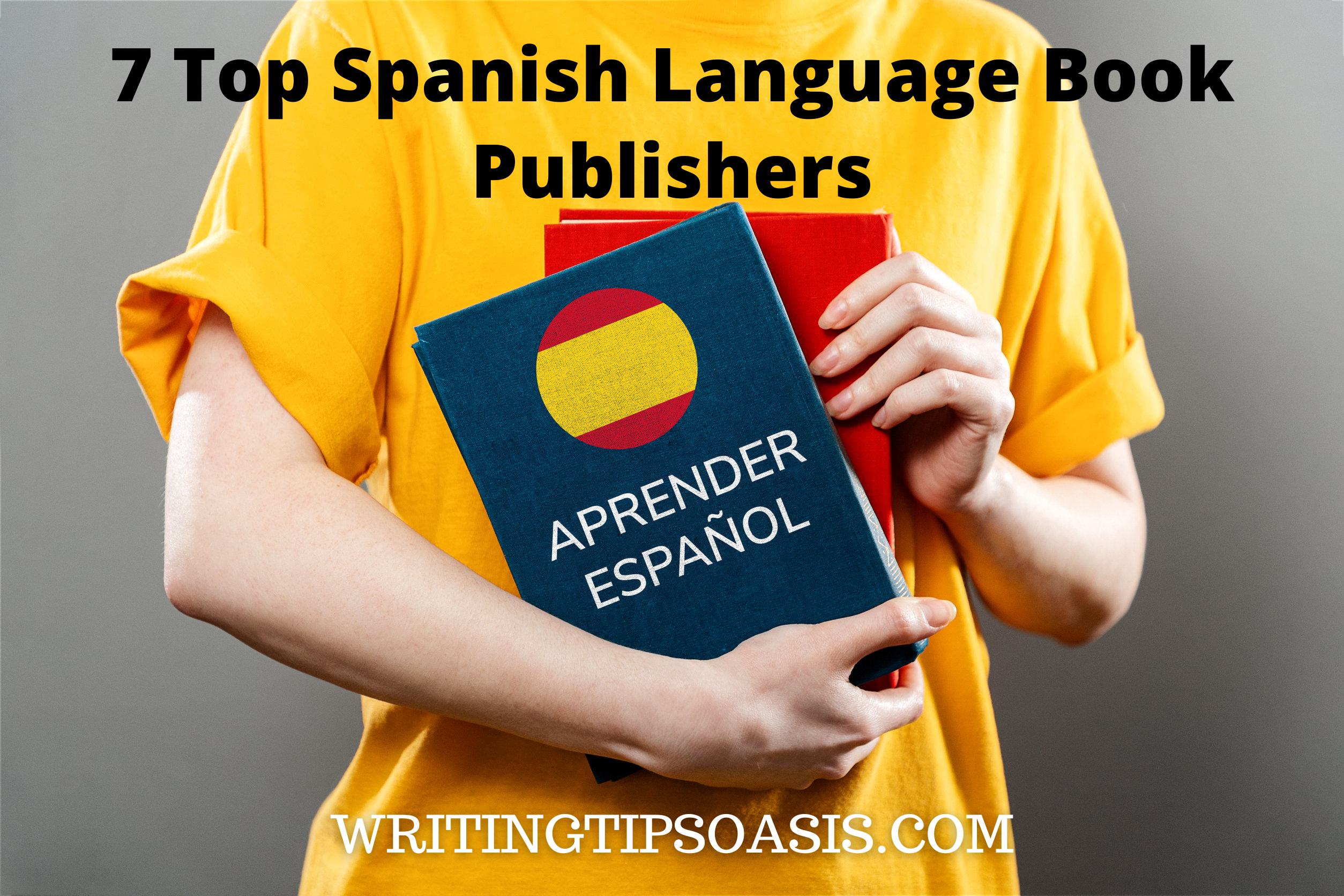 Are you a Spanish writer who has written a manuscript and are looking for a publisher? Check this post. Below we’ve featured 7 top Spanish language book publishers.

Cinco Puntos Press is a book publisher based in El Paso, Texas. Owners and publishers Lee and Bobby Byrd first opened the doors of Cinco Punto Press in 1985, in a location less than three miles from the US-Mexico border. They publish an amazing collection of bilingual children’s books, with titles including La Llorona, The Weeping Woman by Joe Hayes, and Winners on the Pass Line by Dagoberto Gilb.

Cinco Punto Press has published around 130 books and has also received an American Book Award for excellence in publishing. Books published by Cinco Punto Press must be well written and contain some portion of the author’s soul – they love reading works that clearly come from the heart. Currently, they are not open for submissions, and do not accept unsolicited submissions – all must be submitted to their editorial board first. Learn more details about their submission process and guidelines here.

Located in Manhattan Beach, California, East West Discovery Press is an independent publisher of bilingual and multicultural books, and has published in over 50 languages, including Spanish, Arabic, German, French, Italian, Japanese, Vietnamese, and many more. Titles include A Smile by Michael Smith, which won an International Latino Book Award, and Endeavour’s Long Journey by John D. Olivas.

Lee & Low Books has been publishing children’s books for over three decades. Based in New York, this family-run, independent publisher prides itself on publishing books that reflect our culturally diverse world. Many of their books are used in education settings such as school libraries. They have many bilingual (Spanish and English) books, and their collections are organized by reading level/school grade.

Titles published by Lee & Low Books include Say Hola to Spanish by Susan Middleton Elya, and Capoeira by George Ancona. If you are just getting started on your publishing journey, you’ll be glad to know that Lee & Low Books is happy to hear from new, unpublished writers. Unfortunately, Lee & Low Books is not currently accepting unsolicited manuscripts, however they are accepting submissions that are received via literary agents. For further details, view their submission guidelines here.

Zondervan is a book publisher based in Grand Rapids, Michigan, that specializes in Bibles and Christian communications. Their team publishes upwards of 300 Bibles and books each year, as well as academic resources, digital works, and more. Zondervan has been in the publishing business for over 80 years, with their published works being translated into more than 60 languages and published in over 100 countries worldwide.

Usborne is a world-famous children’s book publisher based in London, England, that publishes books all over the world. They specialize in books for kids of all age groups, including 0-3 years through to teenagers. Books are published in many different languages, including English, Spanish, German, and more.

Titles include Can we really help the Polar Bears? by Katie Daynes. At Usborne, most of the books are written by writers they already have on staff, and submissions are not open for these. However, Usborne is currently accepting submissions for fiction works, but these will need to be sent from a literary agent – direct submissions are not accepted. Learn more about their submission guidelines here.

Floricanto Press Hispanic Latino Books is one of the largest American publishers of Spanish and bilingual books, and publishes on a diverse selection of topics and genres. Titles include Woman Hanging from a Rope by Fe Orellana and Tales of a Deep Land: Short Stores from Northeastern Argentina, compiled by Maria Amelia Martin.

Grupo Nelson (Nelson Group) is an English and Spanish publisher based in Tennessee. They specialize in books relating to Christianity including devotionals, Bible study texts, reference books, as well as other fiction and non-fiction titles. They also offer a great selection of children’s books. Published titles include Cambie su mundo by John C. Maxwell and Rob Hoskins, and Gracia para todo momento – Devocional para la familia by Max Lucado.