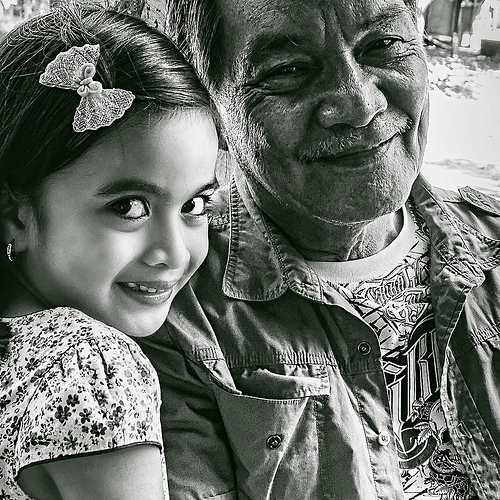 Stories appeal differently to different age groups. From picture books that appeal to little kids, to adult fiction that a child wouldn’t be interested in reading. However, there are some stories, like Harry Potter, that appeal to both children and adults. They have the power to keep readers from various ages interested from the beginning until the end. What you need to primarily remember, is that children’s books have to appeal to an adult reader – first because that gives you a wider audience. Second, because before your story reaches the designated audience, it will be read by adults – from agents, editors, to the children’s parents. There are several things that appeal to both young and old, and below, we’ve gathered the most important ones.

If you were writing exclusively for an adult audience, you wouldn’t be condescending, or preaching, or talking down to them. You’re on the same level after all. The same applies when writing for a younger audience. Children and young adults might be inexperienced. However, oversimplifying things will not only make the more mature audience frown, but the children will not want to read your story either.

2. The magic of children

Children protagonists are a given when it comes to writing a story for such a wide audience. Both the adults will easily root for a child that tries to solve a complex puzzle on their own and the younger readers will enjoy the adventure. This means that while the characters in your story are adults, young adults and children, the focus, the center of the story are the children themselves, while the adults come in as antagonists, friends and teachers.

3. The world is also magical

No, this doesn’t mean that you need a magical world like Hogwarts or Narnia. The world gets to be magical through a child’s perspective on life and the things that happen to them. Adults sometimes forget how it felt to be a child or a young adult. This is what appeals to the adults, while the children can easily connect with the characters – because they share the same worldview!

Books designed for a younger audience have a certain humor, and can even be whimsy. However, this doesn’t mean that you need to stop there. Children are braver than we imagine, so don’t be afraid to turn their world upside down by the adults in their life, and don’t shield your characters from the bad things that might happen to them. Maybe their guardians are oppressive and the children need to break free, or maybe they are in danger of someone who wants to harm them. Whatever it might be, the children are brave and strong enough to face them – sometimes even braver than the adults in their life.

5. Focus on the relationships

While in many young adult, middle grade and children’s adventure books, the parents, or guardians are either missing, or otherwise out of the picture, this doesn’t mean that you can ignore the relationship a child has with their parents, teachers or friends. They have just as big an impact on the children as the things that happen to them. Show the relationships the younger characters have with the older ones. Maybe the adult doesn’t understand the child, or maybe they help the children accomplish their dreams. You need to show how the relationship is at the beginning, how it progresses throughout the story, and the nature of it at the end.

Children have hopes, dreams and wishes. And most often, this is what the words “happy ending” mean for them. They might learn valuable lessons throughout the course of the story, but in the end, they should be rewarded by having their ultimate dream come true. Since not everything that has happened to them has been good, making their wish come true balances out those bad things and ensures that the children stay children, with more hopes, and dreams for the future.

Image credit: seth capitulo on flickr and reproduced under Creative Commons 2.0[author] [author_image timthumb=’on’]https://writingtipsoasis.com/wp-content/uploads/2014/12/photo.jpg[/author_image] [author_info]Georgina Roy wants to live in a world filled with magic.
As a 22-year-old art student, she’s moonlighting as a writer and is content to fill notebooks and sketchbooks with magical creatures and amazing new worlds. When she is not at school, or scribbling away in a notebook, you can usually find her curled up, reading a good urban fantasy novel, or writing on her laptop, trying to create her own.
[/author_info] [/author]