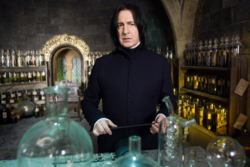 In the press last week, we were treated to a flurry of articles about who may have inspired one of crime fiction's greatest creations – Agatha Christie's Hercule Poirot. In The Guardian, a retired Belgian policeman called Jacques Hornais was named as the inspiration behind the Queen of Crime's most endearing detective. Whereas a few days later, The Telegraph reported that Jacques Joseph Hamoir, a Belgian refugee, could have been the real-life person who inspired Agatha Christie.

It could be either of those two gentlemen – it could be neither. But it is a fascinating little mystery nevertheless, n'est–ce pas?

All the speculation had us wondering what other famous fictional characters might have been inspired by real-life people. Here are a few of our favourites.

2. Severus Snape from the Harry Potter series – J. K. Rowling has never confirmed this, but it's said that Severus Snape was based on her old chemistry teacher, John Nettleship. John was head of science at Chepstow School, which a young Joanne Rowling attended.

3. Winnie the Pooh – Winnipeg was a female black bear that used to live at London Zoo. During her time there, she would be visited by many children including Christopher Robin, who named his own teddy bear 'Winnie' after her. A. A. Milne, Christopher's father, used that as inspiration for his now famous stories.

4. Ebenezer Scrooge from A Christmas Carol – There is evidence that Charles Dickens based the character of Scrooge on real person – a real penny pinching 18th century politician named John Elwes.

5. Sally J. Freedman – From the novel by Judy Blume, published in 1977, called Starring Sally J Freedman as Herself, this young female protagonist has many parallels with Judy's own life. As Judy says: "Sally is the kind of kid I was at ten." 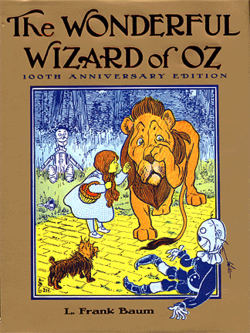 6. Tintin – According to The Guardian, in 1928 a 15 year old Danish boy called Palle Huld won a newspaper competition to travel the globe in the footsteps of Phileas Fogg from the Jules Verne novel. A year later, a similar red haired character appeared in a Brussels newspaper. Fascinating.

7. Sherlock Holmes – Sir Arthur Conan Doyle based the character of Sherlock on Doctor Joseph Bell, a surgeon and teacher he studied whilst at university. Dr. Bell had the uncanny ability of studying his visitors and diagnosing them before the patients could speak a word.

9. Wicked Witch of the West from The Wonderful Wizard of Oz by L. Frank Baum – Matilda Gage was the radical leader of a women's rights movement. When she found out her daughter, Maud, was marrying she was angry. L. Frank Baum, Maud's intended, was an actor at the time, travelling from town to town, and Matilda was adamant her daughter was not going to be a housewife with an uncertain future. They married anyway. But his mother in-law actually became his mentor and many of her views and ideas – particularly those around witchcraft and women – were stored up by him to be used in his novel.

10.  Philomena Guinea from The Bell Jar by Sylvia Plath – This character was actually based on Sylvia's own rich benefactor, Olive Higgins Prouty.

Can you think of any to add? Which fictional character do you most wish had been based on a real, living, breathing person?