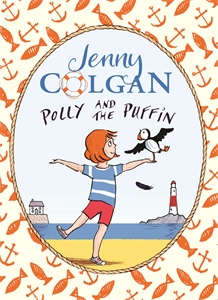 I couldn't wait to have children so I could share my favourite books with them. I'm currently reading The Famous Five by Enid Blyton to my five and eleven year old children and all three of us are loving it. But what about some of our favourite authors that write fiction for adults? How can we share them with our children? Well, rather happily, I've discovered that some write for children too. Here are ten of our favourites.

1. Lucy Diamond – Lucy, as she says on her website, also writes children's books under her real name of Sue Mongredien. Not only does she have an extensive list of adult books to her (pen) name, such as One Night in Italy, The Beach Cafe and Me and Mr Jones, she has an amazing array of children's books, too. Incredibly, Sue has written over 100 children's books including the Oliver Moon series, The Secret Mermaid series, the Kitten Club series, picture books and many many others. Amazing.

3. Rowan Coleman – We all know Rowan here at Novelicious for her fabulous books including The Memory Book (now a Sunday Times Top Ten Bestseller), Dearest Rose and Lessons in Laughing Out Loud. Rowan has also written many children's books in the Ruby Parker series and has also written, under the pseudonym of Rook Hastings, the Weirdsville series.

4. Victoria Connelly – Author of romances A Weekend with Mr Darcy, The Perfect Hero and Wish You Were Here, earlier this year Victoria released her first book for teens called Secret Pyramid, a fast-paced Egyptian adventure for girls aged 10+.

5. Sarra Manning – Sarra has a number of adult books to ner name including the fabulous Unsticky and You Don't Have to Say You Love Me. She also has a string of YA books to her bow including Adorkable, Guitar Girl and the Diary of a Crush trilogy. 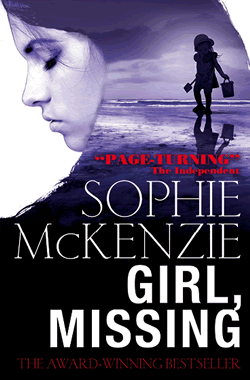 7. J. K. Rowling – I need not mention Jo Rowling at all but a list like this would be odd without her. Obviously, after starting her career with children's books (a little-known series called Harry Potter), she has gone on to write The Casual Vacancy and now writes the Cormoran Strike series under the pseudonym of Robert Galbraith.

8. Sophie McKenzie – Sophie writes crime novels for adults (Trust in Me and Close my Eyes) along with many thrillers for teens including Girl, Missing.

9. Marita Conlon-McKenna – An Irish author, Marita's recent adult novels include The Rose Garden and Mother of the Bride. Her children's books, meanwhile, include the recent Love, Lucie about a girl  who has been left devastated by the death of her mother.

10. Kate Harrison – Author of the wonderful Secret Shoppers series, Kate has not only written non-fiction books in the form of The 5:2 Diet Book and 5:2 Your Life, but has also written the Soul Beach trilogy for teenagers.

Can you think of any other authors to add to the list?