Summer and weddings go together like ice-cream and chocolate flakes. Or buckets and spades. Or strawberries and cream, even. If you’re in the mood for a nuptial novel, here are 10 to get you started. 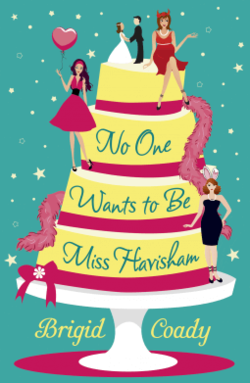 1. No One Wants to Be Miss Havisham by Brigid Coady – Just like Ebenezer Scrooge, Edie Dickens, a shark of a divorce lawyer who doesn't believe in love, is subjected to visits by the Ghosts of Weddings Past, Present and Future on the Friday nights running up to her friend's wedding. Out now as ebook and in paperback mid-August.

2. The Vintage Summer Wedding by Jenny Oliver – Anna Whitehall had a perfect wedding planned. Only it wasn't to be and Anna, along with her fiancée Seb, end up back in the village where they grew up – the wedding postponed indefinitely.

3. The Girl's Guide to Getting Hitched by Sophie Hart – Julia is given the chance to organise three weddings. What could possibly go wrong? Julia bonds with her brides-to-be Aimee, Debbie and Gill over cake and a cuppa. Can they resolve each other's wedding day woes?

4. Don't Tell the Brides to Be by Anna Bell – Following on from Don't Tell the Groom and Don't Tell the Boss, Penny has her own business, Princess on a Shoestring, for brides on a tight budget. Everything was under control. Until a rival wedding planner decided to take her down…

5. Thirteen Weddings by Paige Toon – When Bronte visits England from Australia she has one night of passion with the newly single Alex. Bronte returns to Australia, but settles back in England working on the picture desk of a magazine. It is a year or so later and her new colleague is none other than her one night stand.

6. Royal Wedding by Meg Cabot – Princess Mia (from the Princess Diaries series of books) is organising her wedding to Michael when the paparazzi discovers she has a long lost younger sister.

7. A Vintage Wedding by Katie Fforde – Beth, Lindy and Rachel have set up a business offering stylish and affordable vintage style weddings. Could their own romances be just around the corner too? 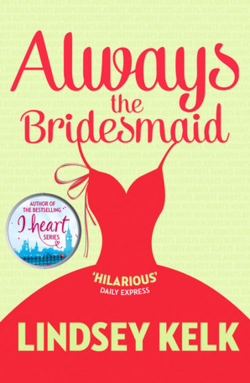 8. Two Weddings and a Baby by Scarlett Bailey – It has been five years since Tamsyn has been in Poldore, her home town, but she returns for her brother's wedding. She arrives in a storm, looking like a drowned rat, then insults the vicar and finds a baby …

9. Always the Bridesmaid by Lindsey Kelk – Maddie is constantly being asked to be the bridesmaid. She does not like it. One best friend is counting down the days until her wedding and one is heading for divorce. Maddie is constantly alternating between counsellor and wedding day supporter and wonders whether it’s time to stop playing the bridesmaid?

10. Wickham Hall (Part 1) by Cathy Bramley – Holly lives with her mum and has been made redundant. Then she secures her dream job working in events at the beautiful Wickham Hall, which includes helping to organise the wedding of Lord and Lady Fortescue’s daughter.

Do you have a favourite wedding novel?