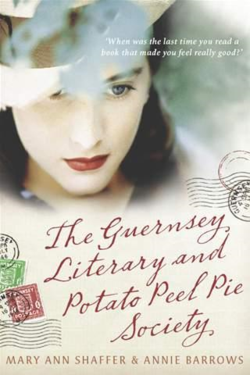 Have you ever read a book and thought, ooh I love that character – she would make a smashing best friend? Well, we have. Often. Here is our list of ten fictional best friends we'd love to have. Do you agree with our picks?

1. Maggie from In Her Shoes by Jennifer Weiner – Maggie is the gorgeous, selfish and rather misunderstood sister of Rose Feller. She just can't hold down a job for long and despairs at her dowdy, older sister. Despite the negatives, our Kelly would like her for a best friend. Why? Well, you'll just have to read the book to find out. #spoilers

2. Juliet from The Guernsey Literary and Potato Peel Society by Mary Ann Shaffer and Annie Barrows – I asked Kerry why she'd like Juliet as her best friend and she said such wonderful, glowing things, I am determined this will be the next book I read. Not only is Juliet warm, quick-witted and funny, but she has much integrity and kindness. She is also fiercely independent and self-assured. Not bad qualities in a best friend, I'd say.

3. Angela from the I Heart Series by Lindsey Kelk – Angela Clark leaves behind a cheating boyfriend to grab a plane to NYC. And it is there she falls head over heels…with the city itself. Soon, she goes on to heart Hollywood, Vegas, London and Paris. Angela works in a fashionable world, but is still a real woman with real issues and real dilemmas. It's no wonder Anna would like to be her best friend.

4. Neve from You Don't Have to Say You Love Me by Sarra Manning – Neve is a sweet, well educated, bright and sensible woman with a love of books. Yet, at the same time, she's vulnerable and doesn't have a particularly high opinion of herself. Like so many of us. I warmed to her straight away and could see myself happily chatting away with her all day about books.

5. Dig & Nadine from Thirty Nothing by Lisa Jewell – Best mates from school – that is until Delilah came along – they seem to go out with anyone as long as it's not each other. Real, lifelike characters with hangovers and strange people in their beds, these two are contemporary, fully rounded characters to warm to. Especially for our Jennifer. She'd like to be bessie mates with both of them. 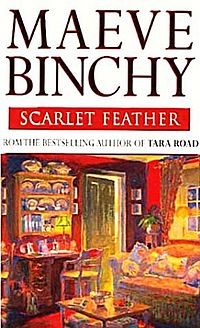 6. Clare from The Time Traveler's Wife by Audrey Niffenegger – Arty, clever, strong and married to a time traveller. Clare meets Henry when she is six and he is 36. Despite his rare condition she is understanding, caring and loyal. It is no wonder Emma would like to be her friend.

7. Annie from The Personal Shopper (Annie Valentine series) by Carmen Reid – Annie Valentine has not one, not two, but six books written about her. She's a personal shopper, a busy mum and a fashionista. The perfect best mate for Susan.

8. Rebecca from the Trebizon series of children's books by Anne Digby – A teenage Kerry thought Rebecca would have made an ace best schoolgirl friend. And I have to say, I agree. Although I also rather liked Tish. If you've never read the Trebizon series about a girls' boarding school, then do not allow the fact that you're now a grown up stop you!

9. Cathy from Scarlet Feather by Maeve Binchy – I don't know what has attracted me to Cathy Scarlet. Ooh, could it be the fact she owns a catering business (with Tom Feather) and likes to cook and bake? She is definitely a woman after my own heart. She also has a lot of gumption. I like that in a best friend.

10. Hermione and Ron from Harry Potter by J. K. Rowling – Does this really need an explanation? Loyal friends to Harry, brave and courageous. Funny too – at least in Ron's case – and super organised, bright, clever and knowledgeable in Hermione's (this list is not exhaustible). Amanda would like them as her best friends. And, quite frankly, so would I.

Which fictional character would you love to get to know in real life?