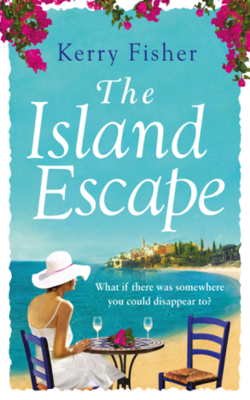 Thank you so much for inviting me onto the blog to discuss the inspiration behind The Island Escape. In this novel, I wanted to capture the ebb and flow of friendships as circumstances change, as well as the restlessness I noticed among my peers when the youngest children started full-time school. Suddenly, it seemed as though everyone was taking a moment to consider, ‘Is this what I intended to do with my life?’ Some women changed jobs or went back to work, some had another baby and a few got divorced.

And divorce appeared to be the factor that affected friendships the most. Initially, the women splitting up from their husbands had a lot of support and sympathy. However, later on, when the initial trauma had receded and the newly single woman was dating again and glowing with the flush of new love, a bit of envy crept in among long-married mums. There was a sense that some were taking stock of their husbands and thinking, ‘Um, no, I won’t still need or feed you when you’re sixty-four.’ Equally, the divorcees who no longer slotted neatly into a couple often felt left out from social occasions.

Whichever side of the fence people were on, good old Facebook – peddling the perfect lives myth – was guaranteed to enhance any marital/financial/family dissatisfaction. And if anyone really wanted to know what happened to that ex-boyfriend, that bit of unfinished business, well, the chances are he was just one little FB message away.

With this in mind, I set out to write the story of how one woman’s divorce wreaks havoc in her best friend’s life and leads her back to the island of Corsica, where ‘the one that got away’ a couple of decades earlier might still be living…

The Island Escape by Kerry Fisher is out now.