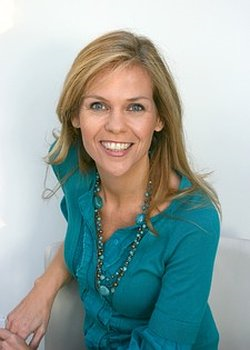 I have always read vociferously and I wanted to be a novelist since I was a child. However, I like many people simply had no idea how to go about becoming one. I used to write every day, indeed I’d written a novel in my early twenties that was (and still is) languishing in a drawer somewhere but I didn’t know how to make the leap.

In the late 90s I read so, so much, at least a book a week, often two or three. I commuted into work and I didn’t have a family – there was simply more time! I read many amazing books in those years. I remember one birthday (I think I was 26) I received 14 books as gifts. People gave books regularly, they’re a true gift. Oh, those were the days!

One of those gifts was Kate Atkinson’s Behind the Scenes at the Museum. Atkinson effortlessly shifts between characters and times periods to detail a family history spanning generations.

It’s a wonderful and intelligent read, brimming with mystery and murky secrets. Acutely observed, it explores complex family relationships, births, weddings, divorce, death, secrets and lies. It delivers jokes and tragedies side by side, it struck me as very real and relatable, (I subsequently found out we’re both northern women born at a similar time). It was a debut novel of astonishing confidence and skill.

She was marketed as a Yorkshire mother-of-two some would argue that this straight-up simple description maligned a depth, poignancy and poetry, for me it opened doors. It was a revelation; if Atkinson could do it this brilliantly, maybe I could do it – you know – not too shabbily?

I don’t think Kate had any prior publishing experience, she’d just jumped in. Raw talent won the day. She saw off Salmon Rushdie to win the Whitbread in 1996. I saw her as inspiring! I still do. I started writing what would become Playing Away that year because suddenly I believed it was possible.

If You Go Away by Adele Parks is out now.