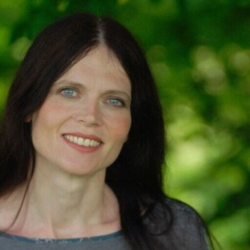 So let’s go back to the 1980s, when we wrote to our friends on paper, with a pen, and posted the letters in stamped envelopes. When the charts came out on a Sunday afternoon, and we had to wait to buy our 7 inch singles because the shops were shut on Sundays. When we ate Bernard Matthew’s turkey roll, Arctic roll and Swiss roll, and a rollover week meant that someone had eaten the last slice. And when, over it all, hung AIDS and the threat of nuclear war.

I wasn’t sexually active when AIDS came in, and the fact that suddenly sex could kill you wasn’t much of a surprise, given how unnecessary the whole activity seemed. But nuclear war? Oh boy, was I the right age to be scared witless by the prospect of nuclear war. I was an avid reader, and my grown-ups gave me Brother in the Land by Robert Swindells, a novel about nuclear war whose ending is so bleak that in 1994 it was republished with a new one. Knowing I’d loved Father Christmas and Fungus the Bogeyman, they gave me Raymond Briggs’ When the Wind Blows, and followed it up with an apocalyptic divorce. By the time I read George Orwell’s Nineteen Eighty Four (in 1984), I thought it was an instruction manual.

I’d always, always wanted to be a writer. But the divorce wrecked the family, financially and emotionally, and independence came first. I went into teaching, and in the decade between my teenagehood and my first teaching post, the nuclear threat receded, leaving me washed up and soaked through with a fear that seemed to be mine alone. My teenage students, although only a few years younger than me, weren’t frightened of nuclear war. And judging by the numbers of divorced parents who attended parents’ evenings together without throwing things at each other, divorce had changed too. What to do with my nameless fear, in a world that no longer recognized it?

It was at this time, I came across The Burning Book by Maggie Gee. Here was nuclear war – but here was something else. A voice. A voice that said, Somewhere in all this fear, there are stories only you can tell. It was just a voice then. I was in love with teaching, and the need to write was balanced by the need to pay the hefty mortgage for which I alone was responsible. It took time, and a happy marriage, and children, to really listen to it. I know now that telling stories means throwing yourself into a void with no guarantee of finding your way out. I know how delicate is the balance between living life and fearing it. That fear is productive and vigorous and vital, as well as life-sapping and stultifying. That we cannot control when, where or to whom we are born, but that we have some say after that if we choose. I read The Burning Book, and slowly and tentatively, I reached for my pen.

The Burning Book is out of print now, although you can still find it on Amazon Marketplace and Abe Books. Maggie Gee has written a great many more novels – all as aware, all as insightful as the relatively early one for which I was so grateful. I expect she’d say they were better. But how do you measure the value of a novel? Sales? Popularity? The Burning Book gave me something that Maggie Gee cannot possibly have planned or predicted as she was writing it. The Burning Book gave me permission to find my voice.

The world has moved on again, to a place where books are more of a commodity than they have ever been. Writers strive for an audience, for sales, for Twitter followers and royalties and exposure. With my own debut novel, The Ship, on the eve of publication, it’s easy to be sidetracked by these concerns. But when I dream, it’s not about sales or film deals, lovely though these would be. My dream is of a reader, decades down the line, coming to find me with an out-of-print paperback, spine worn thin.

The Ship by Antonia Honeywell is out on February 19.