“Where on earth do you get your imagination from?” 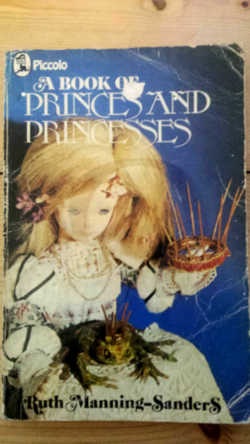 That was the text, word-for-word, that my mum sent me when she finished the proof I’d sent her of my most recent psychological thriller The Lie. Initially I was amused. She’s my mum, she’s known me all my life and if anyone knows where I got my imagination from then surely it should be her? But I didn’t inherit my imagination from my family. No one else in our family writes. We don’t have a Great Uncle Albert who penned literary tomes or a Great Auntie May who wrote bodice rippers. Other than my mum none of my family read fiction. My brother and sister have read all of my books (or so they say) but they don’t read for pleasure. They partake in that strange activity that is an anathema to most writers – sport. Whilst I spent most of childhood with my head in a book they ran, jumped and kicked things. And that’s where the answer lies. Books. It’s where my imagination came from.

My first love was Enid Blyton’s The Faraway Tree series. I loved the children, the eccentric characters they met in the tree and the wild and wonderful adventures they had in the worlds beyond the clouds. There was mild peril in the stories – a baddy who was out to get them or the risk the world might revolve before they could get back to the tree but nothing I found terrifying. It was another book that changed my life; a thin, innocuous-looking anthology called A Book of Princes and Princess by Ruth Manning-Sanders.

Princes and Princesses is the first book I ever read that scared me. Properly scared me in a ‘I can’t stop reading but I don’t want to turn the page’ kind of way. It’s a compendium of fairy tales from across the globe but these were fairy tales unlike any I’d ever read before. They were dark. Really dark. There was The White Cat and the Green Snake from Brittany, about an exiled princess who ends up in the home of a beautiful white cat who makes her sit in a bath of boiling oil if she disobeys. There was a story called Niassa and the Ogre from Africa about an ogre that turned itself into a tree, stole away a child and kept her in a sack, beating her if she wouldn’t sing.

The stories haunted me and imprinted themselves on my mind. Long after I lost my copy I’d find myself thinking about one of the stories and I’d get that same tight, scared feeling in my stomach I’d felt so many years before. Last year I tried to track down a copy. It was a fruitless task – it was long out of print and there are a LOT of books called Princes and Princesses out there – but I persevered, finally paying over twenty pounds for a copy on Ebay. Now it’s one of my prized possessions.

So if you read The Lie, and you feel creeped out and scared and you wonder how the hell I developed such a twisted imagination, you can blame A Book of Princes and Princesses by Ruth Manning-Sanders.

The Lie by C.L. Taylor is out now.