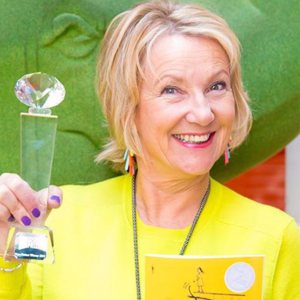 I have always been an avid reader. Evenings you would find my whole family sitting in the lounge, each with a book. Ill health that kept me bed bound for many months allowed me to devour most of the books in my local library and so it was no surprise to my friends when I went on to study English and French Literature at university.

The book that inspired me to become a writer of humour was a French book—Candide by Voltaire written in 1759 and still hilarious today. Candide is chock-a-block full of biting satire with Voltaire launching a scathing attack on those people who maintain the attitude that you should “Stay Calm and Keep Smiling” no matter what happens to you. Such was the controversy surrounding it on its release, it was banned by the Catholic Church and was also condemned and removed from bookshelves in France and Switzerland because it pokes fun at religion and politics and questions a "benevolent God" who wrecks havoc on the world. 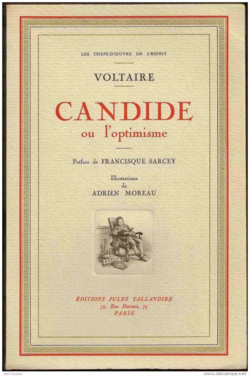 Candide is also an adventure story that follows the (totally insane) antics of Candide, a wide-eyed, innocent boy who's totally besotted by a hot babe of a girl. However, this isn't your standard love story. Candide goes to war, suffers through natural disasters, boards a ship bound for Latin America, is involved in a shipwreck, goes to the mythical city of El Dorado, and kills a disproportionate number of religious figures. He also meets the oddest characters including a former concubine with only one bum cheek, a group of women who have monkeys for lovers, a utopian civilization, and a whole host of scoundrels.

The twists, turns, banal incidences and ridiculous misfortunes are indeed hysterical. I think Voltaire is like a good stand up comedian who makes his point, delivers his punch line and moves on. It took me an entire year and several read throughs before I fully appreciated the humour but once I did, I loved it.

Comedy and humour have played a major part in my life and seen me through some difficult times. It was my love of Voltaire and in particular Candide that made me write (and perform) humour and illicit similar responses from my audience. I want to make them laugh, giggle, chortle and feel good about life. I tend to swerve away from satire and prefer writing observational comedy, which is gentler. If I can make anyone laugh as much I as did reading Candide, then I’ll have achieved my goal. After all, he who laughs … lasts.