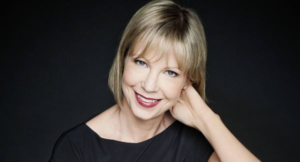 This is a really difficult one to choose as every book I’ve read has changed my life in some shape or form. I believe we learn or take something from everything we read. We all perceive stories in our own way too, and that’s the most magical thing about books. However, the book that rekindled my love of reading still stands out in my mind. It was Flowers in the Attic by Virginia Andrews.

My Mum was a Montessori teacher when I was little, so both my older brother and I were fluent and avid readers by the age of three. Even when funds were low we were brought to our local bookshop to buy books. In recent years I questioned Mum as to why she didn’t take us to the library, and she explained that she wanted us to own the books so we would revisit them time and again. She firmly believed books were more important than most material things, so in a bookshop was where she spent her hard-earned cash.

We learned to respect books – scribbling on them or throwing them on the floor was forbidden, and they were always stored reverently on shelves in our otherwise messy rooms! During my early teens when I hated most people and things, and actually enjoyed scowling and peering moodily out of my fringe, I turned away from reading. I was more interested in the notion of marrying Elvis (who had died), or Robert Smith from the Cure as a close second.

Each Christmas, Santa Claus, who we all know to be a kind and patient sort of fellow, left me a book in my stocking in the hope that I might read it. One year Flowers in the Attic appeared. The dark and slightly scary cover with foiled writing appealed to the murkiness of my mood at that time. With the absence of phones or any kind of technology, I began to read. Instantly, I was drawn into the warped and cruel world that this family of children were thrust into. I think what appealed to my adolescent mind was the sheer darkness and awfulness of the story. I went on to read that entire series, followed by another stand-alone story called My Sweet Audrina, which kept me guessing and left a lasting impression to this day. 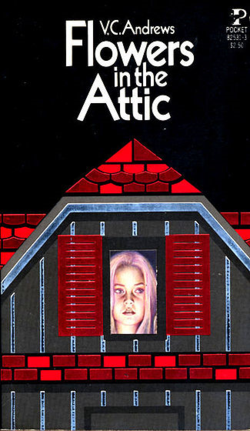 Whilst I continued to read lots of other and definitely more cheerful books, Flowers in the Attic was my reading turning point. I know there was an element of delight on my part that my life wasn’t as awful as the poor teenagers in the book. Needless to say, we all love to feel our life isn’t quite as appalling as we’d convinced ourselves it was. The imagery and strength of the characters leapt off the page for me and, by the end of each book, I couldn’t wait to find out what happened next to these people. To me, they were real, but they were people I couldn’t relate to in any shape or form (thank goodness) and yet I was so intrigued by them it was intoxicating.

My teenagers are sadly going through a bit of a reading aversion at the moment, so I think I might have a word in Santa’s ear and ask if he could find a couple of these books to whet their appetite. Even though our world is so diverse now and they are in the whirlwind of a technological boom, I believe Virginia Andrew’s stories are weird enough to fire their imagination. This Christmas, I think I’ll stick to something a little less disturbing, like Jojo Moyes or Marian Keyes. I’m aiming for a great story told in a sharp way, rather than choking on my mince pies!

Whatever you do this Christmas, I hope you will treat yourself to a great book and allow your mind to be swept away by the imagination of a talented story teller.

The Heart of Winter by Emma Hannigan is out now.